Five travel scams I always avoid, and the one that got me

As I changed my travel style from beach resorts to adventures in big cities and developing countries, I started to get more warnings. Friends, family members, acquaintances, sometimes even complete strangers on the internet … they all warned me about dangers and travel scams. When I started travelling solo, the barrage of warnings got even worse.

But I’m now a very experienced traveller. I go to four, five and even six continents annually, often solo. While there are a fair number of scams out there, most are pretty easy to avoid if you know they exist and if you pay attention to your surroundings.

This article is to make sure you’re in the know too. And it might help minimize the warnings you’ll get from well-meaning friends and family. Here are the five major types of scams every traveller needs to watch out for and, ummm …., the one that got me. 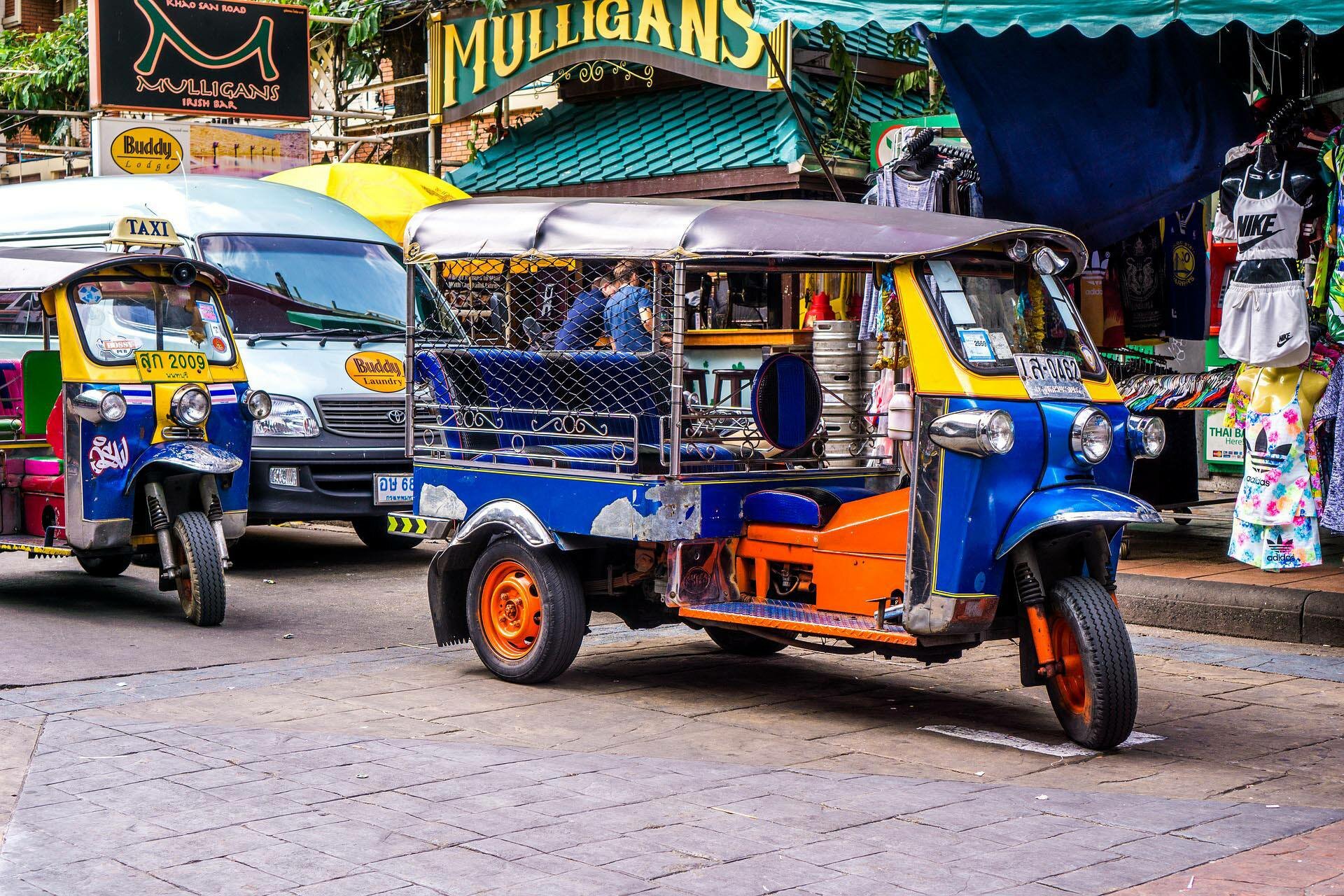 A kid walks up to you, perhaps carrying a baby. “Will you buy milk for my sister so she doesn’t go hungry?” the kid asks. The kid explains he doesn’t want money, only food for the baby and points to a nearby store. You walk with the child to the store, buy the milk, and feel like you’ve avoided the scam by not giving the kid money. Nope.

You can observe what happens next only if you know what to look for. Once the do-good traveller has left the scene, the kid returns to the store and sells the milk back to the shopkeeper. The shopkeeper gets a cut, the cartel that runs the scam gets a cut, and the kid gets a few pennies. The milk gets purchased again as soon as another kid finds another patsy.

"The winners are the shopkeeper and the cartel. There are plenty of losers. You, once you realize you’ve been scammed."

This scam takes various forms, though usually a child or a young mother asks for food or for a book. Often the babe-in-arms is rented from a different family for a few pennies. On occasion, the children used in these scams are purposefully disabled in order to earn more money from sympathetic strangers.

The winners are the shopkeeper and the cartel. There are plenty of losers. You, once you realize you’ve been scammed. The child’s parents, who think that the pennies of income the child provides to the desperate family are worth not going to school. The begging child, who misses out on an education and a childhood, and who learns the wrong lessons at an early age. And the community as a whole — what kind of adults do kids become if they can’t go to school, learning instead that tourists are to be taken advantage of and that it’s ok to cheat people?

Any transaction that involves a child puts that child at risk, and puts a whole future society and culture at risk. As the International Labour Organization describes, “child labour is a violation of fundamental human rights and has been shown to hinder children’s development.” If children, their parents, business owners, cartels, orphanages, and governments believe child labour is profitable — and if tourists contribute money — child labour will continue. Even giving a child a gift teaches him that tourists are there for handouts and devalues work and reward.

The bottom line is that kids should be at school, studying, playing, spending time with family, or sleeping. Don’t help them to do anything different.

2. The hotel is full / the temple is closed

The driver of the car you’ve arranged to pick you up from the airport tells you that the hotel you booked is full. “Don’t worry,” he says. “We have a sister hotel, only three blocks away. Even nicer, same price.” However, once he’s dropped you at the new hotel and disappeared, you’ll find the neighbourhood isn’t as nice, the hotel is older, dirtier and without the facilities you specifically chose online, and there’ll be hidden extra costs.

"Know that any suggestions that you direct elsewhere are likely to deliver a commission to the helper."

As you walk toward the temple or museum, a helpful stranger tells you that it is closed today, and suggests something else to do nearby. He might just be hoping you stop at his brother’s shop for a cold drink while you discuss an alternate plan, or he may be directing you to a nearby shopping area.

See for yourself if the hotel is really full or the temple is really closed. It is rarely the case. Know that any suggestions that you direct elsewhere are likely to deliver a commission to the helper. 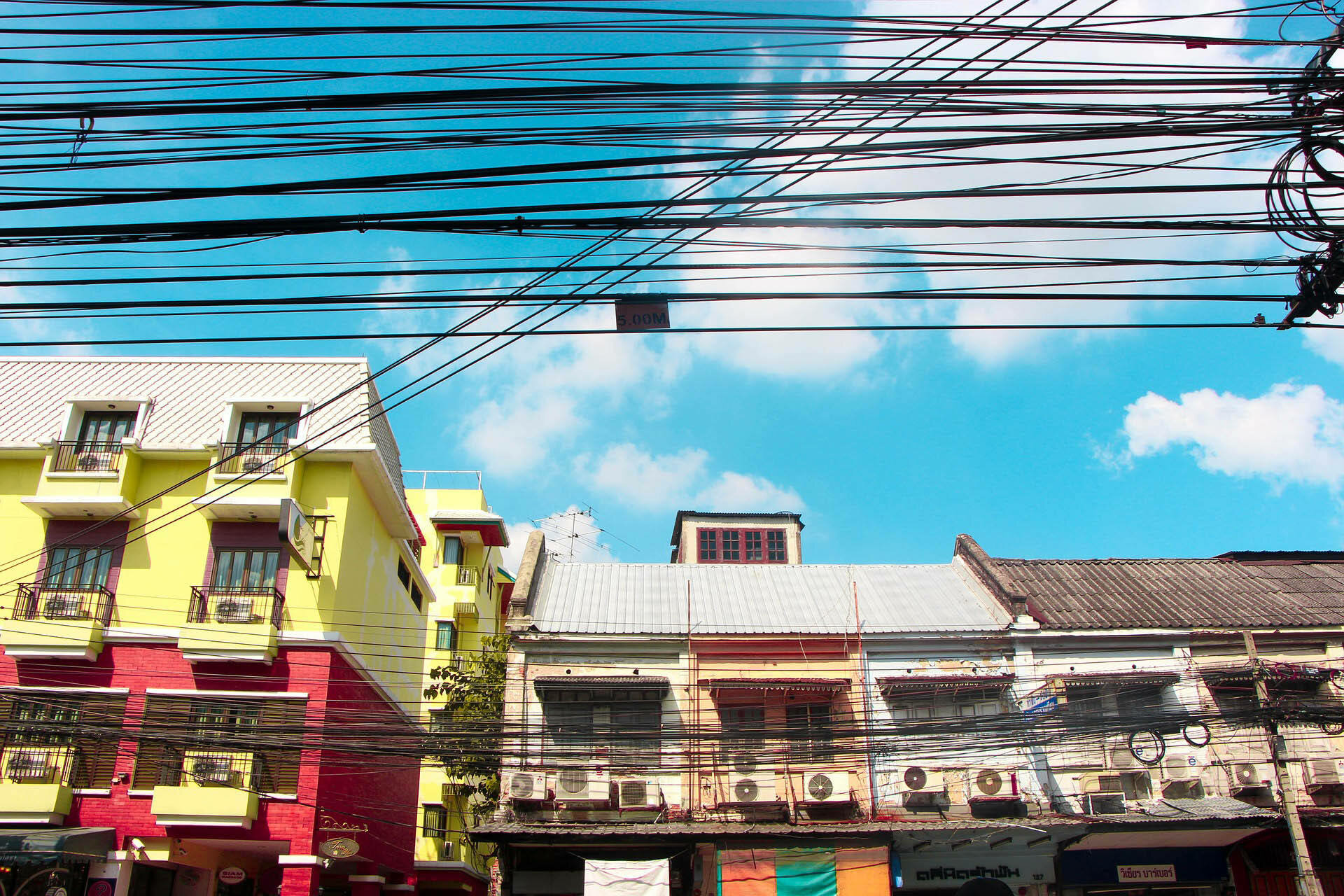 3. The deal that’s too good to be true

If someone offers you a cheap diamond, an incredible price on a handmade suit, or a free tuktuk, they are doing it as a profit to them, not as a deal for you. A free tuktuk brings unavoidable stops for shopping. The cheap diamond is fake. The special deal is the only way a poor quality business can get customers. They may take your deposit and be closed the next day when you return to pick up your completed suit, or the suit may fall apart after its first cleaning.

Pay a fair price for what you buy and you encourage fair business practices. No scams for you, and a sustainable thriving economy for local people. Win win. 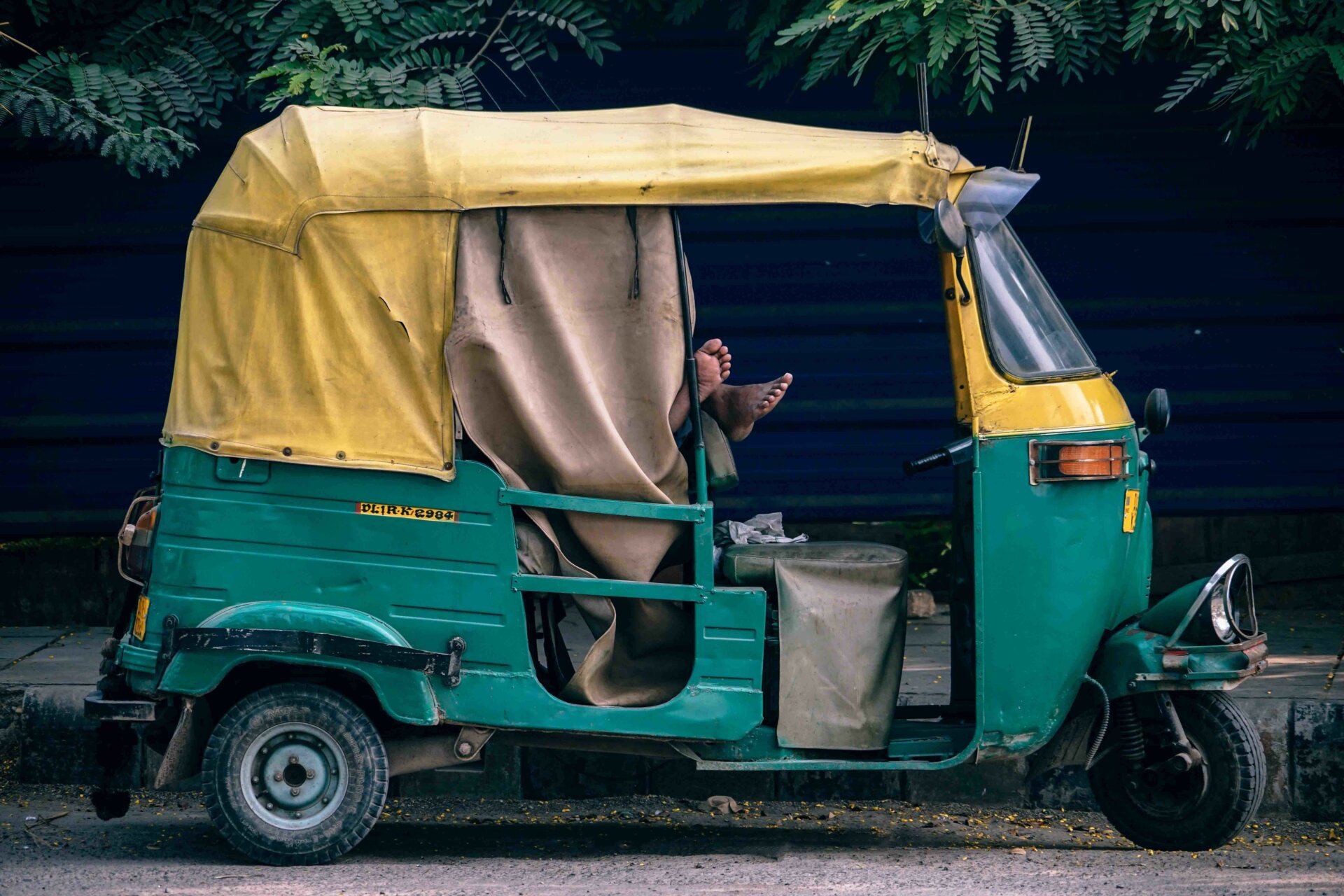 You’re standing in a popular tourist area, soaking up the sights and sounds, thrilled to be in Barcelona, Lima or Hanoi. Suddenly you’re interrupted. A kind old woman approaches and points out that a bird seems to have shat on your shoulder and helpfully wipes you off. Sometimes a young woman bends down in front of you and holds up a ring, asking if you’ve dropped it. Perhaps someone just asks for directions, pulling out a map to focus your attention. While you’re distracted, an accomplice grabs your wallet or phone so skillfully you don’t even realize it until hours later.

"Remember that this scam sometimes takes the form of a helpful stranger giving you a friendly warning that there are pickpockets in the area."

This scam takes all sorts of forms. Someone may spray you with a bottle of mustard or hand cream, might stage an argument, or even just ask you for the time. Teams of experts target tourists who look easily distractible.

Remember that this scam sometimes takes the form of a helpful stranger giving you a friendly warning that there are pickpockets in the area. You then check to see if your wallet or phone are still safe, and show the watching pickpockets exactly where you keep your valuables. Their slippery fingers will have you free of your possessions before you know it.

To stay safe, keep your valuables zipped up in an inside jacket pocket. Make this a habit: whenever a stranger approaches you, hold your bag tightly close to your body. 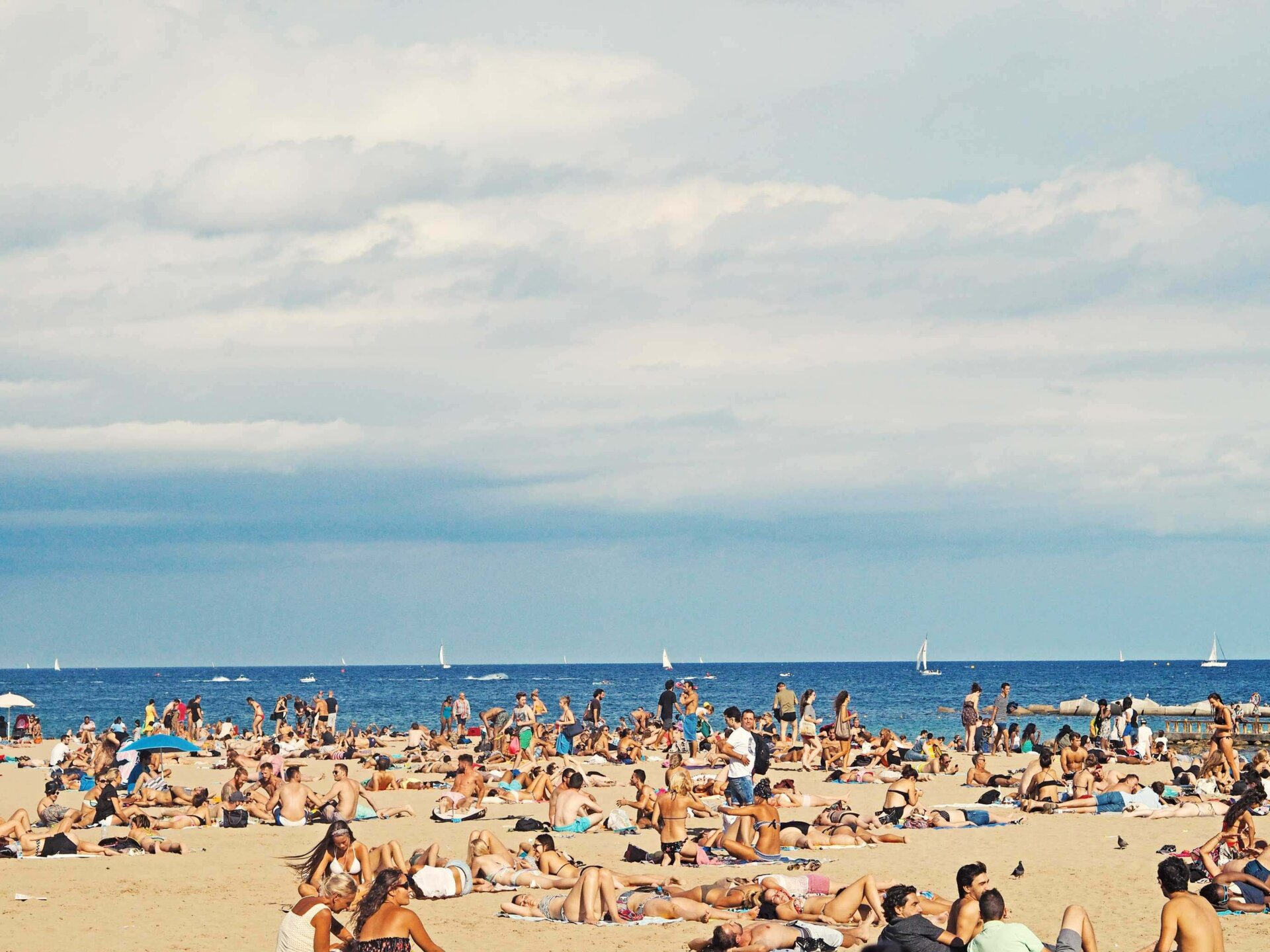 When you travel, it can be difficult to get used to a new currency, especially when you first arrive. Airport taxi drivers know this well and are the worst for currency scams, but dishonest shopkeepers try too.

You are purposely given the wrong change. You hand over a bill marked 100,000 or 10,000 but the driver/shopkeeper surreptitiously swaps it for one with fewer zeros and claims you’re trying to cheat him.

He refuses to take your money, telling you the note you gave him is counterfeit. He’s actually swapped your authentic note for a bad fake, essentially making you pay twice.

Make sure you know how much things cost and how many units of the currency can be exchanged for a dollar. Learn the colours and denominations, and know which notes look similar. Keep high value bills in a separate place from low value ones. Count out your money, showing the bills, as you hand them over. Have enough small bills so you don’t need to get change. 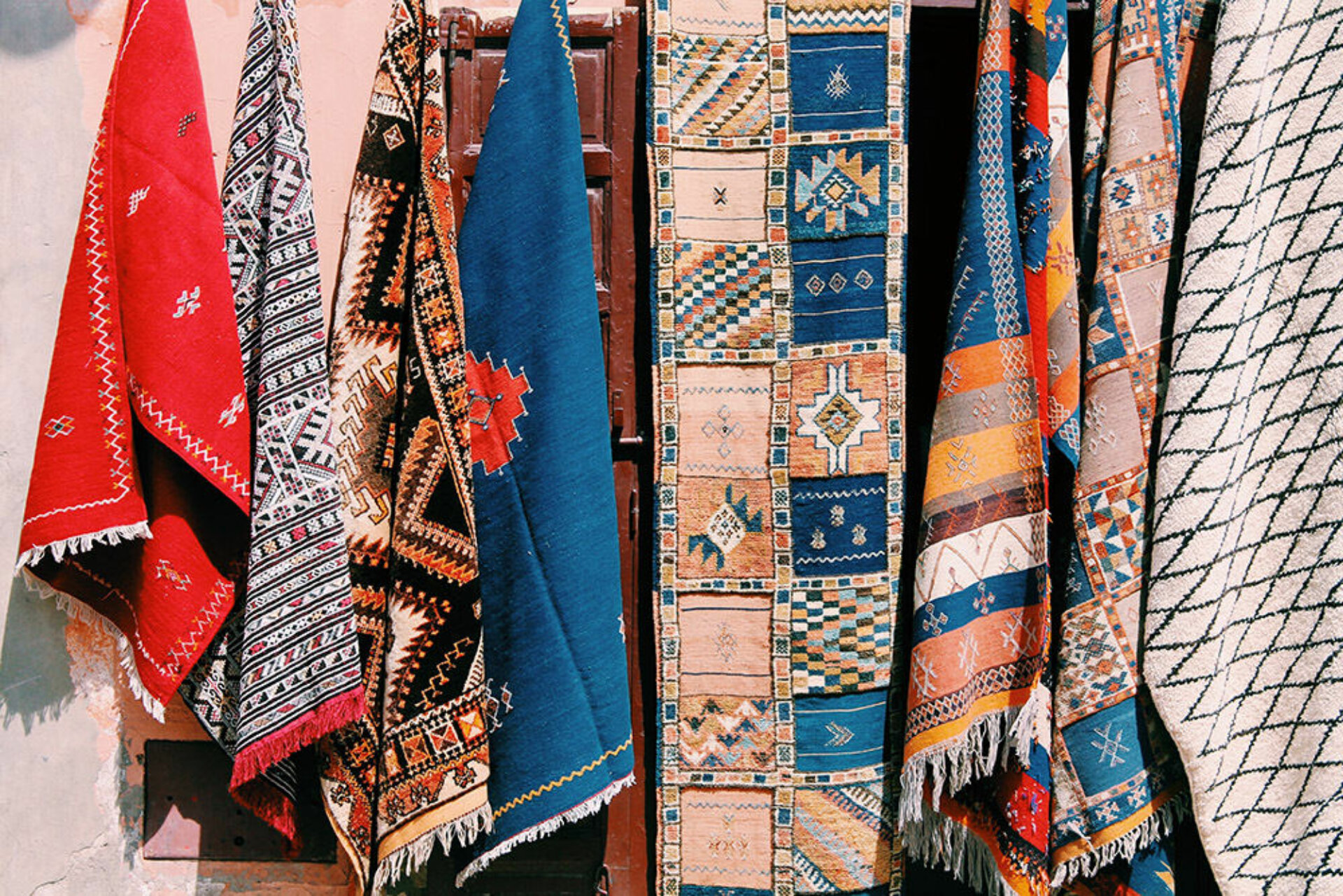 6. The one that got me: henna ladies in Morocco

I strolled Jemaa el-Fnaa, the huge square in the souk of Marrakech, filled with sellers of orange juice, jewellery, stories, games of chance, and photos with monkeys and cobras. I glided effortlessly through them all, shaking my head and saying la shukran (no thank you) if anyone got too close.

I even turned down the henna ladies as they, armed with a bottle of dye, wanted to draw designs on my hand. Sometimes they’d get too close, and I said “I don’t have any money; no money!”. When they grabbed my hand, I twisted it away, repeating la shukran.

A few ladies called “gift, gift!” and motioned drawing on my hand. I still shook my head no, and continued my wanderings. But drawn into thinking about the life of a henna lady, I decided that their tactic of offering a free mini design was just good advertising. Drawing on the hand of one tourist would surely attract other paying customers. Confident in the dried design, people might even return the next day and pay for one.

"But drawn into thinking about the life of a henna lady, I decided that their tactic of offering a free mini-design was just good advertising."

When the next lady offered a gift, I went through my usual lines or saying no and claiming I had no money. When she grabbed my hand and began drawing, I repeated my claim but didn’t protest too hard. I let her draw a small design, but stopped her after less than a minute. It wasn’t fair to make her do a lot of work.

After admiring it loudly for passersby, I thanked her and started to walk away. Her smiling face became mean. She demanded 400 dinar (a ridiculous price, about $50 Canadian). When I reminded her I’d told her I had no money and that she’d offered a gift, she smeared the wet dye all over my hand and stormed off. Luckily I had a few napkins in my bag and managed to clean myself up without getting any dye on my clothes. I hid my black hand in embarrassment as I made my way back to my riad to scrub with soap and water.