9 best places in Canada to visit in the winter

Nowhere on Earth captures the magic of winter like Canada. Across the country, Canadians have learned to embrace the snow and ice with activities like skiing and snowboarding, ice climbing, ice skating, snowshoeing, ice carving glacier hiking, Northern Lights watching and throwing winter festivals from coast to coast. If it’s snowy and magical, Canada is all about it. These are the nine best places to enjoy the season.

A summer travel hot spot, Moraine Lake in Banff turns into a snow globe of beauty in the winter. The lakeside mountains are covered in snow, the impossibly blue waters reflect even brighter and Banff looks straight out of Disney’s Frozen. Hikes like Johnston Canyon within Banff National Park will lead you around snow-covered trails with towering icicles and frozen pools. Fancy ice-climbing a frozen waterfall or cross-country skiing? You can find it all nearby. And if you stay at HI Banff Alpine Centre, you get a free local bus pass to explore nearby attractions. 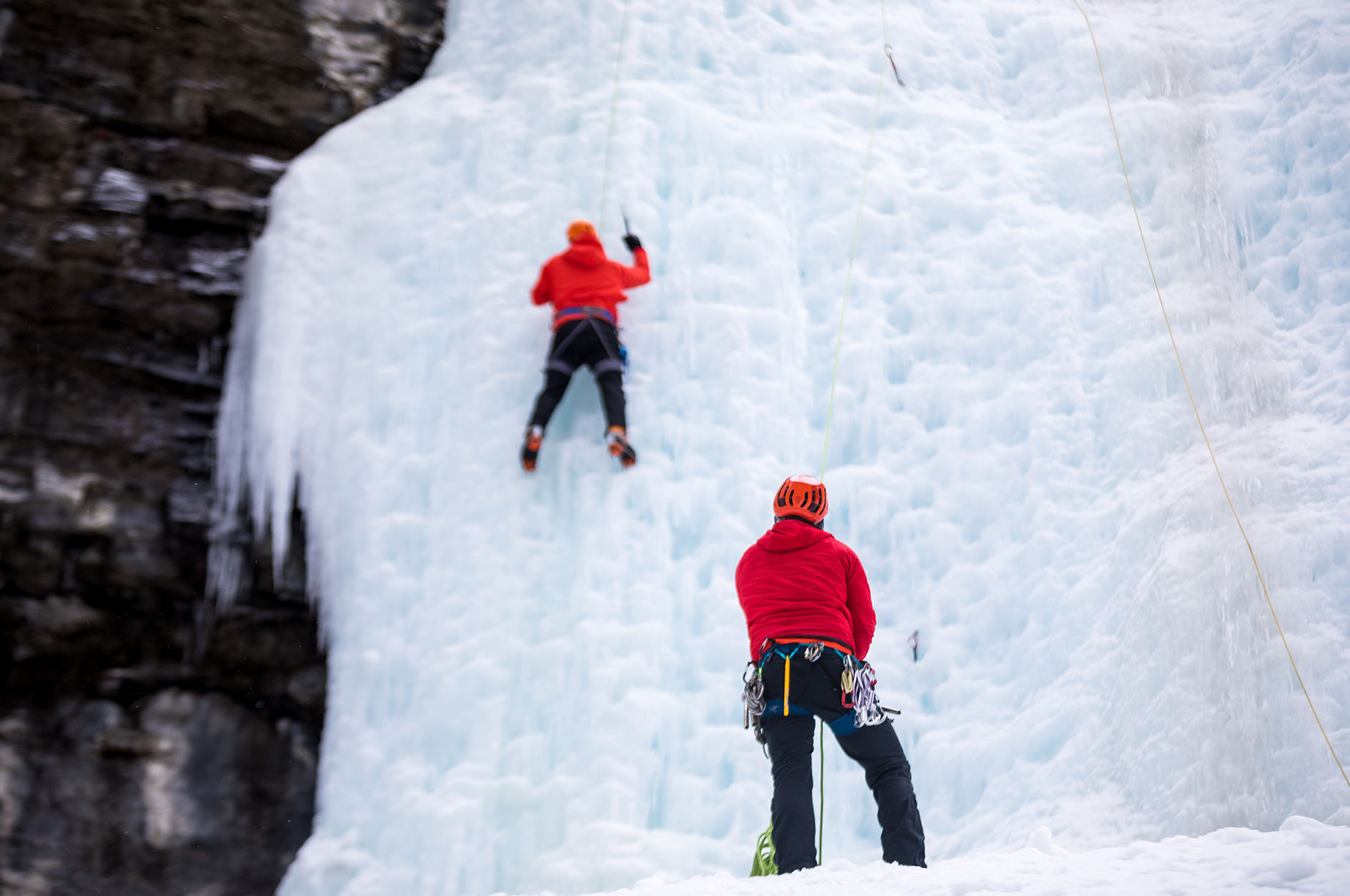 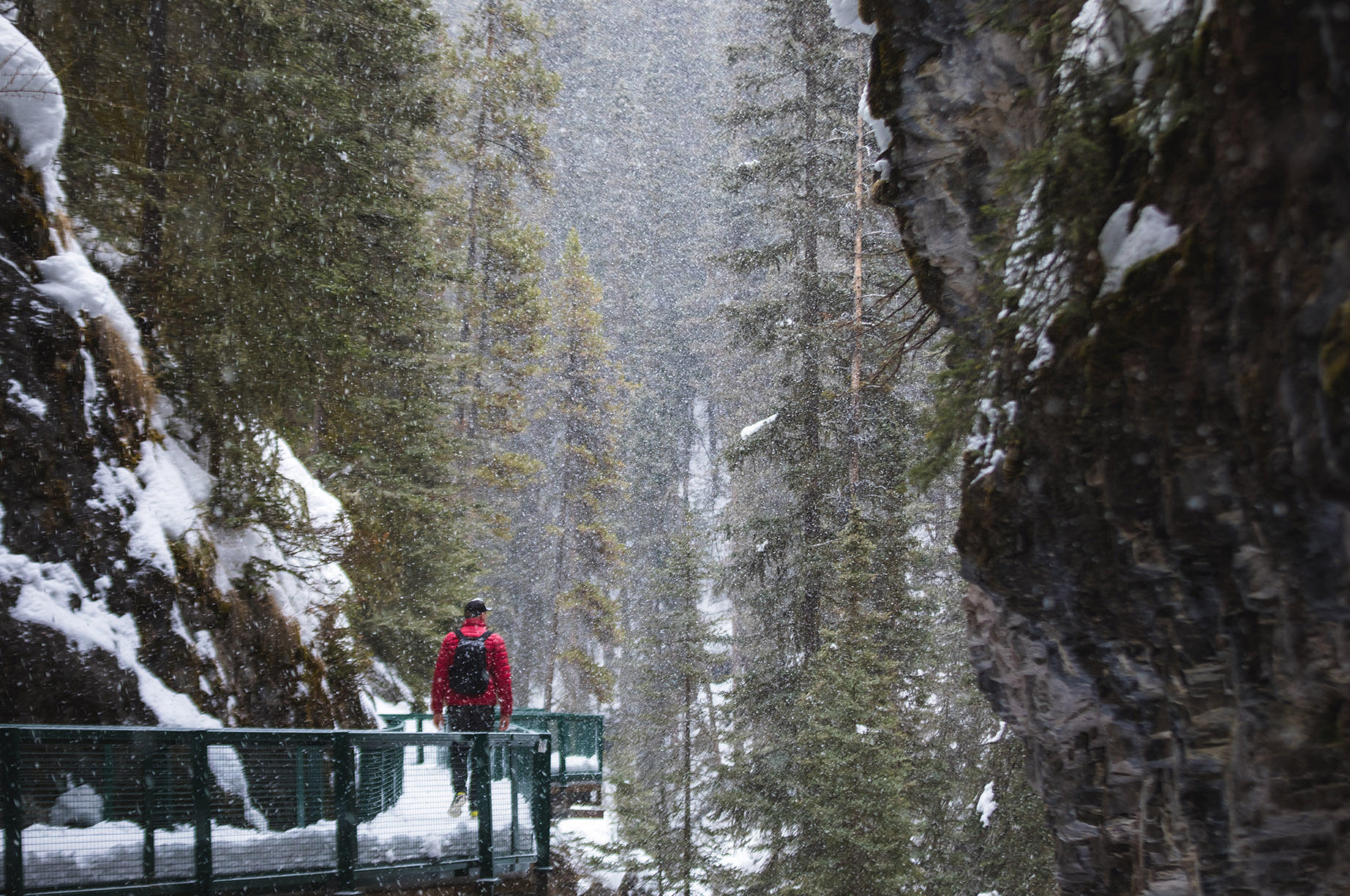 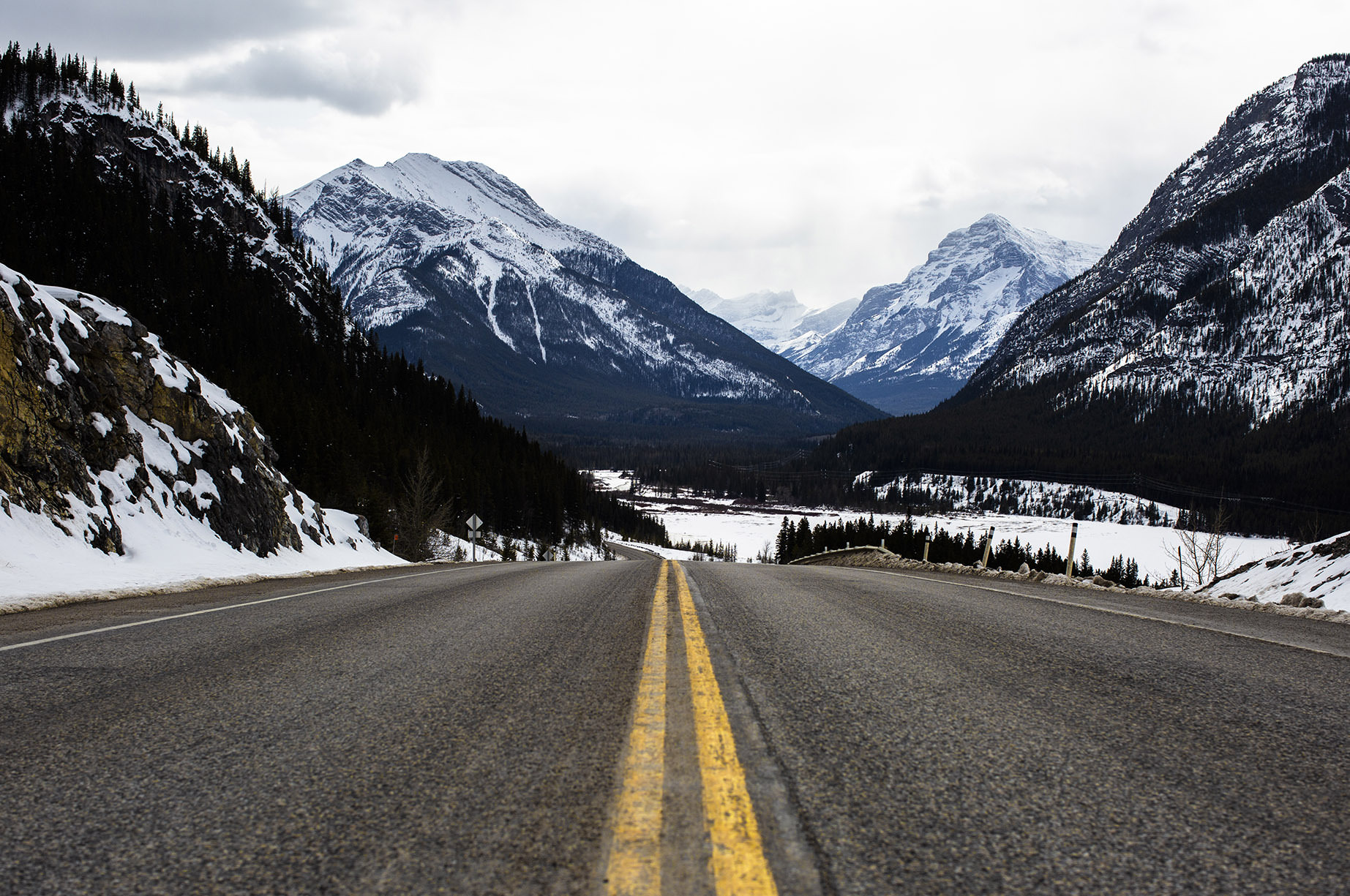 Lake Louise, also in Banff National Park, deserves its own spot on this list solely for its aptly named Ice Magic Festival, which hosts professional ice carvers every January. Pick-wielding experts create spectacular sculptures from 300-pound blocks of ice. Guests at HI Lake Louise Alpine Centre also have the chance to go dog sledding, ride a horse-drawn carriage, ski the surrounding hills, ice skate on frozen Lake Louise, drink a crisp beer at an ice bar or soak in a hot spring. You know, all the things winter dreams are made of.

How do freezing temperatures, gusting winds and getting sprayed in the face with icy mist sound to you? What about experiencing the magic of Niagara Falls with fewer tourists and more nature-made ice sculptures created by the infamous Niagara mist freezing into spires and icicles. At nearby Queen Victoria Park, visitors are treated to the magic of the Winter Festival of Lights from November to February. Along an eight-kilometre route spanning the Dufferin Islands, the main tourist districts and the edge of Niagara Falls, you’ll find trees wrapped in multi-coloured lights, fountains shooting illuminated water up to eight metres in the air and a glimmering Ferris wheel.

Old Québec City has undeniable charm year-round, but it’s at its most magical during the winter. This is as close as you’ll get to a traditional French christmas village without leaving the continent, and HI Québec City, in the heart of Old Québec, gives you easy access to it all. Whether you’re wandering the cobbled streets while holiday shopping or ringing in the New Year at the Grand Allée (a massive outdoor party with DJs and pyrotechnics) you can’t escape the winter charm here. In February, Québec also hosts their famous Carnaval de Québec. If you catch the night parades, you might get a glimpse of Bonhomme Carnaval himself. Joie de vivre not to be missed.

Jasper National Park shines in the winter, partly due to all the shimmering stars up above twinkling through long northern Alberta nights. The park is a Dark Sky Preserve, which makes it a great spot for aspiring astronomers to look skyward and spot stars, planets and the aurora borealis with relative ease. During the day, you can get all your winter Rockies fixes like skiing at Marmot Basin, ice walking in Maligne Canyon or hot springing at the Miette Hot Springs.

The good skiing certainly isn't limited to the Rockies and Whistler. Interior BC has some of the country's best ski spots, especially if you're looking for a quieter resort with a ton of powder. Head to Nelson, Fernie or RED Mountain to get some of the best and settle into the small-mountain-town friendly vibe. Each spot offers something a little different, but you're nearly guaranteed good conditions, plus lots of fun après options to enjoy at the end of the day.

Here, the perfect winter vibes and powdery slopes speak for themselves. You can’t talk about magical Canadian winters without mentioning Whistler. Off the slopes, there are many opportunities for adventure, both adrenaline-inducing and relaxing. Winter zip-lining with Ziptrek Ecotours Whistler takes you flying between snow-covered trees, high above the powdery forest floor and curving creeks. Try helicopter ice cave tours, nordic skiing, bungee jumping, ice fishing, snowmobiling and more. Indoors, you can find museums, spas, shopping and restaurants ranging from award-winning steakhouses to casual eateries, like Tapley's Neighbourhood Pub. Staying at HI Whistler puts you at the centre of it all.

Is your idea of winter magic skating freely for eight kilometres (or the length of 90 Olympic sized skating rinks) down a frozen canal? Rideau Canal Skateway in Ottawa is the world's longest naturally frozen ice rink, and skates are rented at Dow's Lake Pavilion for cheap. In downtown Ottawa, hundreds of thousands of holiday lights glow throughout the city during the winter, including a particularly impressive display on the famous Parliament building. If you visit in February, be sure to check out Winterlude, Ottawa’s winter festival that runs for the first three weekends of the month. The festival involves outdoor DJ parties, snow sculptures, multiple Brewfests and the Snowflake Kingdom: a giant winter playground for all ages with acrobatic/trampoline shows, ice slides, dog sledding and more.

It's hard to escape the snow in Canada in winter, but if you're looking for something a little more "tropical" (by Canadian standards), head to Tofino on the west coast of Vancouver Island, where snow is rare, but winter brews up a different kind of seasonal show. This is wet season on the Wet Coast, but on the edge of the continent facing the Pacific, that means winter storms and swells, which can be amazing to watch from the wide-open sandy beaches that line the shore. Warm up and dry off by the fire at HI Tofino, Whalers on the Point Guesthouse, and enjoy some West Coast eats before gearing up and heading back out into the wild salty air.