Travels with my dad

When I was four, every Friday was the same: my dad would take me to swimming lessons. I'd kick around in the pool for half an hour in my polka dot bathing suit. And then we'd get in our dark blue Chevy Lumina and set course for Gino’s Pizza. It was just the two of us—my Dad and me. He'd get a slice of pepperoni; I’d get plain cheese. Afterward we’d go grocery shopping. I’d sit in the cart and he’d push me around.

My dad, a former hippie turned computer programmer, is incredibly smart. But he doesn’t talk just for the sake of talking. I once told my aunt that it didn’t matter what we were talking about—whatever Dad said I immediately considered it to be right. She told me that in my case, this wasn’t just a daughter/dad thing. When Peter Ruehlicke spoke, everyone listened. And because he only spoke when he had something notable to say, everyone believed every word.

When you’re a kid, this feeling is amplified a thousand times.

My dad was the smartest person in the world. He always knew what to do and how to do it.

I remember on one of those supermarket trips it was raining. I was standing on the back of the cart as he pushed it, full of groceries, to the car. We hit a bump and I fell into a puddle. Being the dramatic child that I was (am?), I bawled my eyes dry while Dad carefully put all the groceries into the car. Then he took me back inside and bought me a box of Super Mario Brothers Kraft Dinner to make me stop crying.

It worked. At times like these, I’d think to myself that my dad was the smartest person in the world. He always knew what to do, how to do it. It felt like he could do anything.

Twenty-five-ish years have passed since then. A lot has changed. I fully know how to swim now and have lost my passion for polka dots. I don’t think Super Mario Bros KD even exists anymore (which, believe me, is a loss).

In those twenty-five-ish years I’ve turned into a fully-grown adult who does her own grocery shopping and has her own downtown Toronto commute. I still bawl my eyes dry from time to time, but rarely from falling. Now it’s due to real things—like, you know, unexpectedly owing taxes. The latest This Is Us episode. Grown-up stuff.

But despite that fact we have different lives in different cities, my dad and I are still close. And because we get along a normal amount and share a mutual interest in the world at large, we recently decided to travel together: ten full days together in Peru.

Just the two of us—my dad and me.

Part of growing up involves this transformed outlook on our parents, where we suddenly realize they’re actual human beings

See, growing up is weird. It’s basically just getting taller while becoming cynical and jaded and realizing things aren’t as good as you innocently thought they were. And part of growing up involves this transformed outlook on our parents, where we suddenly realize they’re actual human beings—a concept essentially lost on us as children. They aren’t actually heroes, but rather actual people, with their own flaws and insecurities. They may know when to offer a four-year-old Super Mario Bros KD, but they don’t know everything.

I mean, the last time we travelled together was when he joined me in Thailand for my final week of a two-month Southeast Asia stint. He showed up with 334 (literally 334) pictures he’d taken of the ground while he carried his phone with him, unknowingly snapping photos of his feet the whole time. He couldn’t figure out how to check-in for our flights online because the smartphone technology was beyond him. He didn’t know how to put his phone on airplane mode or about Maps.me. And for all these reasons plus the fact he was, well, a dad—I figured this 63-year-old goofball wasn’t all that savvy, and this would be all on me.

I’d be the one navigating. I’d know which app to download to navigate us sans wifi and I’d have the currency converter ready to go before we agreed to a final price on anything. I’d have screenshots of all our accommodation addresses ready to show our taxi drivers. I’d take care of us.

We arrived in Lima at 1 a.m., grabbed our luggage and got in a taxi. It was dark and it was warm and our taxi driver spoke no English and had no idea where he was taking us.

In that moment I was anxious. I was in a country I didn’t know, with people I didn’t know how to communicate with, in an area of town I didn’t want to be in. My imagination ran wild with everything that could go wrong while my heart pounded through my sweaty plane shirt. I’ve done this before, but in that moment, for whatever reason, I felt very afraid.

“I don’t know,” I replied, shaking my head in an effort to indicate that I had no idea what he was saying to me. I held my phone up to him to show him the address. He waved it away. He pulled over and turned around, saying something. Asking something.

“I’m sorry, I don’t know,” I said again, exasperated. I looked at Dad. He was nodding, thinking. And then he started speaking. In Spanish. The driver responded. My dad responded. And I sat there, staring. Shocked.

We pulled away from the curb. I turned to him.

“Um, you speak Spanish?” I asked. He nodded, completely unfazed. “A little bit. A few words.”

How millennial of me to think the ability to travel came down to having the right apps on your phone.

In that moment I felt so many things—mainly relief. And it wasn’t until the next morning when we sat having our Americanos on a beautiful patio in Barranco that I realized what I felt more than anything was humbled. How arrogant of me to assume because I was young, because I was hip and cool and travelled with a GoPro that I could do this better than he could. How millennial of me to think the ability to travel came down to having the right apps on your phone.

We stayed in Peru for ten days. In those ten days we climbed Machu Picchu; we wandered the Incan ruins. We ate ceviche and drank pisco sours and bartered our way through the market. We hopped taxis and trains, buses and planes (and patios). We walked the cobblestone streets of Cusco and climbed the sand dunes at Huacachina. 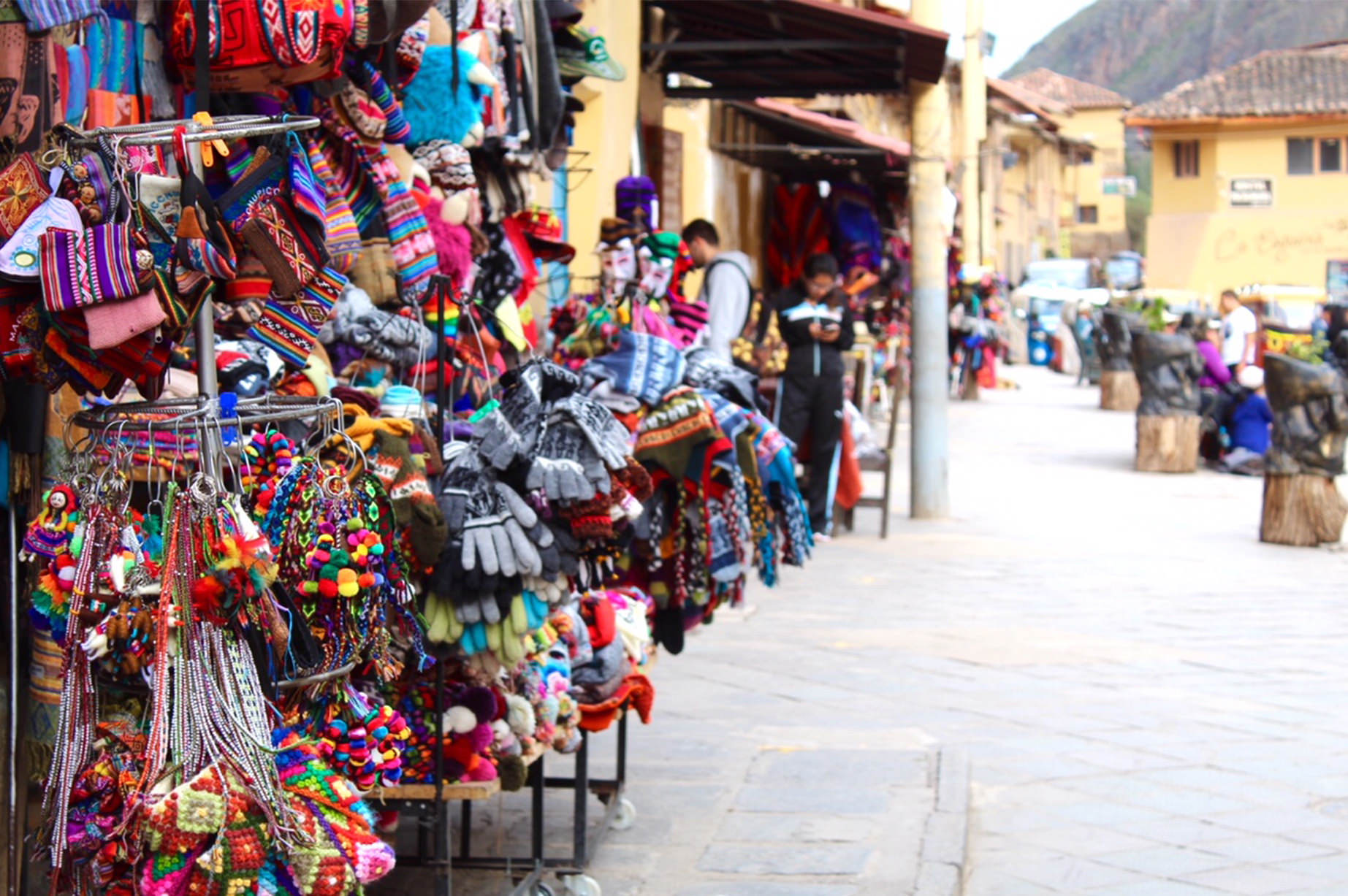 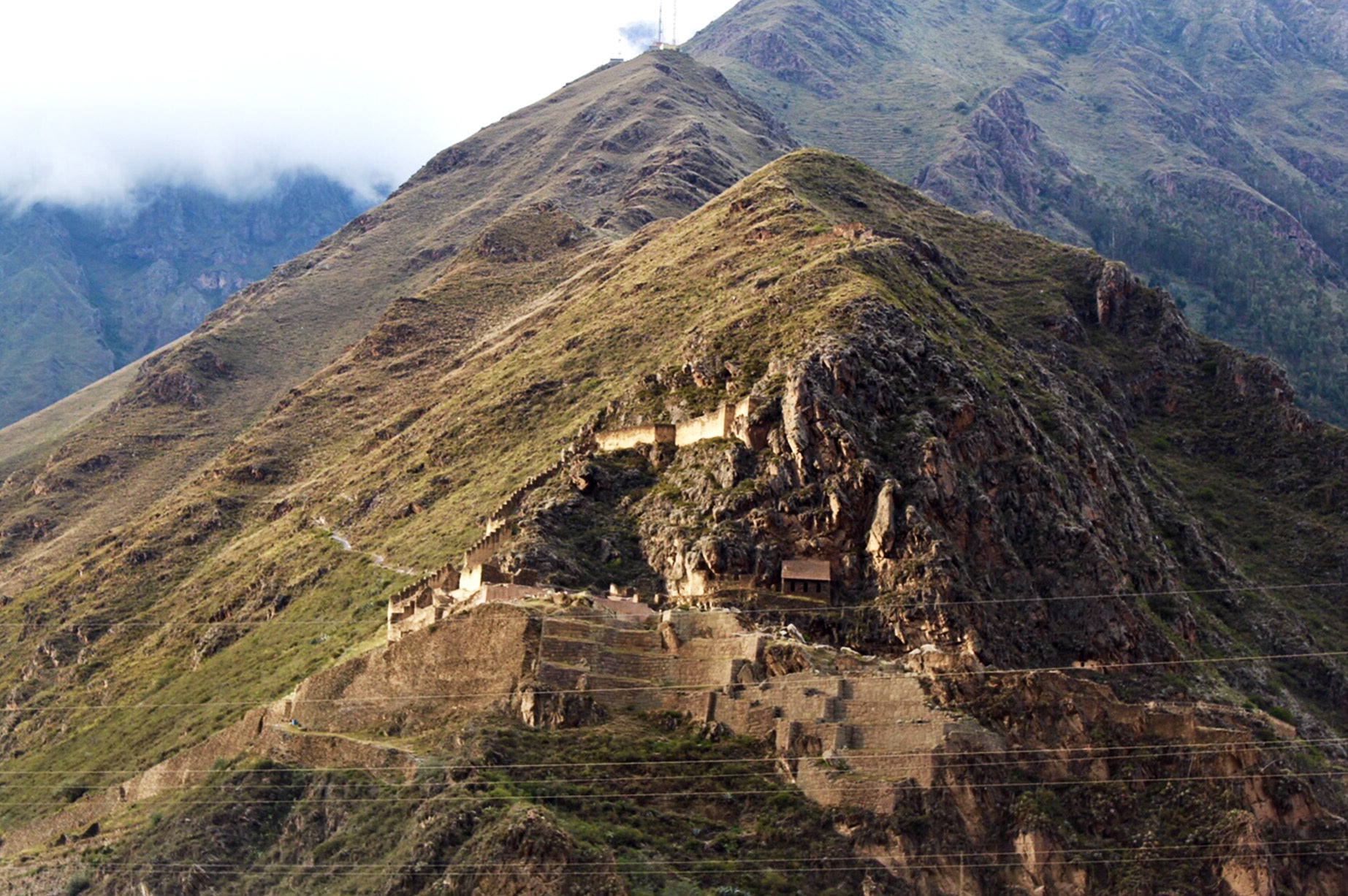 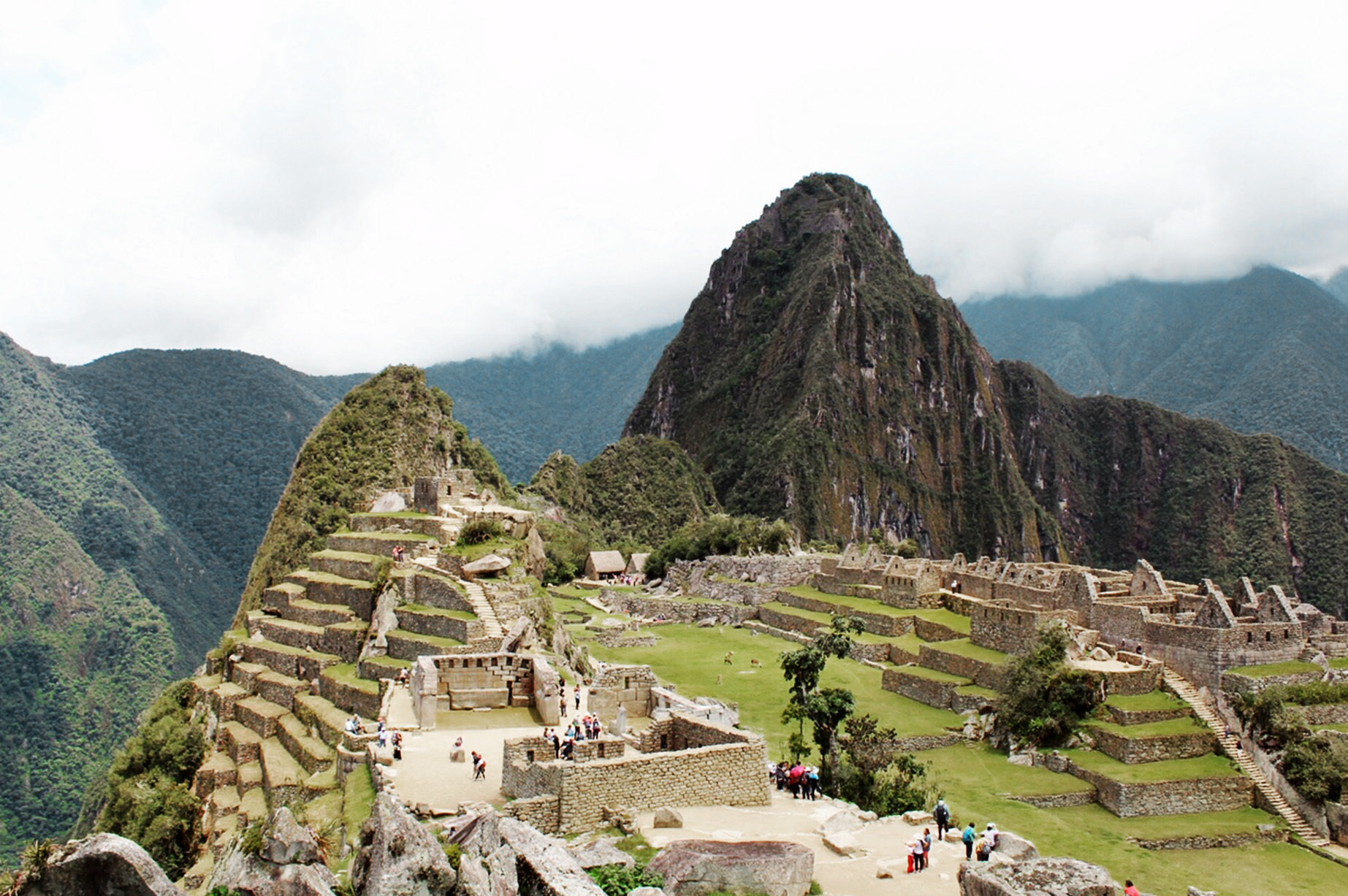 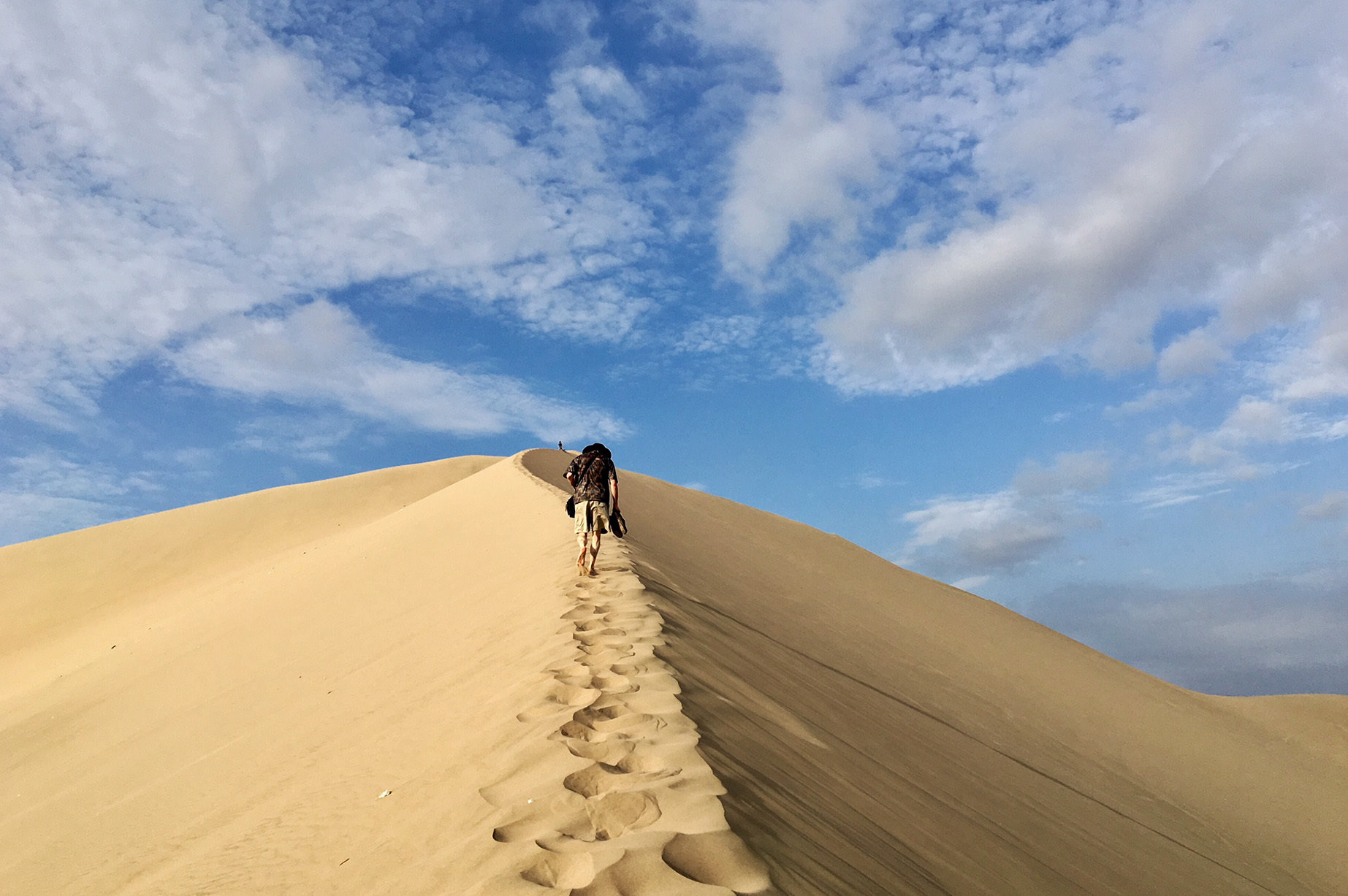 In those ten days, we worked our way through a country we both knew very little about. It was stressful at times, beautiful at others, and if the chance arose I would do it all over again.

As we sat sipping our final cervezas, I looked at the 63-year-old goofball who didn’t understand airplane mode and occasionally snaps 334 rapid-fire photos of the ground by mistake.

I looked at my dad: the 63-year-old who hiked up mountains and sand dunes and ruins just as fast as I could, who was less afraid than I was at the prospect of the dune buggy. Who wasn’t stressed with trying to navigate a foreign bus system. Who randomly spoke Spanish, apparently.

I looked at this man, this goofball, my dad. And I felt fairly certain that he could do anything.