Travel and Gender: thoughts from a non-heterosexual and non-cisgender traveller

This week will mark two and a half years since I boarded a plane that took me away from Adelaide, the capital city of the state I grew up in, to Dubai, and onwards to London. Since that life changing moment, I’ve lived in eight areas in three countries, and travelled to another seven.

My experiences as a non-heterosexual/cisgendered young person have been varied. In some places, at some times, my gender or sexuality were never factors, or at least not obvious ones. But at other times, in other places, they were. The fact that gender is as pertinent in the world as it is infuriates me, and we can't ignore it.

The general system I’ve found is a balance between being careful and being open. Most times I’ve moved to a new place, I’ve restored my hair to a natural colour, stopped wearing nail polish or makeup, and worn more conservative clothes. This will last a while until I get a job, a place to stay and some friends. Then, bit by bit, I’ll open up and start to express myself more genuinely and with more confidence.

"Most times I’ve moved to a new place, I’ve restored my hair to a natural color, stopped wearing nail polish or makeup"

This isn’t an exclusive experience of just one LGBTIQ+ person - it’s what we all do, right? We’re sensitive to our surroundings, we read the room, and know how to interact with others in it. People who don’t do this, often men or people in groups, can seem clumsy or obnoxious. When you travel you are the new variable, and you react accordingly. Of course non-hetero/cis people are especially well-trained in this, having often “disguised” themselves as less “confronting” individuals. I’m more familiar with it than most: I was homeless as a teenager and lived with countless different families, always trying to stay sensitive to their unique dynamics. I was always finding the appropriate balance between hiding and sharing myself. It is tricky, but you get better at it.

I grew up in South Australia. Australia, despite being progressive in some fields, still has a toxic relationship with gender. From an early age (birth, actually) my behaviour was considered nonmale, and for 21 years I had difficulty trying to interact with people without being criticised. This is one of the reasons I left, and also one of the reasons why I haven’t felt especially challenged in any of the places I’ve been since. 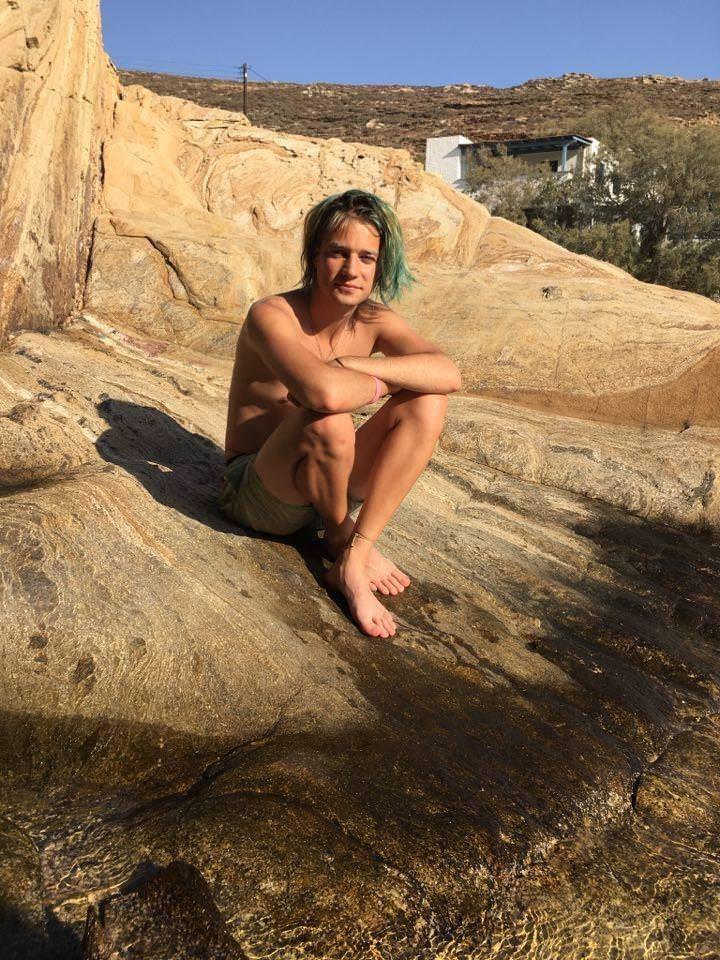 (some of) MY ADVENTURES IN STRANGE PLACES

Everywhere I go I compare to London. The city of my dreams, where no one asks where you come from because no one comes from London. Where no one asks why you have piercings or tattoos because everyone has at least one somewhere. Where if you were so bold as to ask about someone’s gender or sexuality, you must be prepared for the consequences (I’m a celibate gender-fluid demisexual, for example). In London, it’s not cool to be unkind to strangers. Occasionally late on a Friday night, you’ll walk past a man who blurts out “Doesn’t anyone in this damned city speak fucking English anymore?” But that’s the thing: he’s not cool. Not in this city. That’s why I consider it my home. So I immediately compare other cultures to that one.

Morocco is amazing- well, as much as nine hours in Tangier could show me. It was my first and only time being on a tour, and interacting with a place so obviously as a tourist, so my experience wasn’t very authentic, but I still found it interesting.

"It’s just good customer service for them, but to me, an outsider, it was super gay"

Homosexuality is forbidden in Morocco, which means, unlike Australia or England, where it’s legal but discouraged, they have no problem with male-to-male affection. Men hold hands and kiss on the street. It’s kinda really cute if you ignore the dangerous reason it’s considered acceptable. At one point in the day I was taken to try on robes; the men dressing and undressing me were a lot more touchy than they are in H&M. They showered me with compliments about my body so much that I couldn’t stop giggling. Of course, it’s what they do to make money. It’s just good customer service for them, but to me, an outsider, it was super gay. 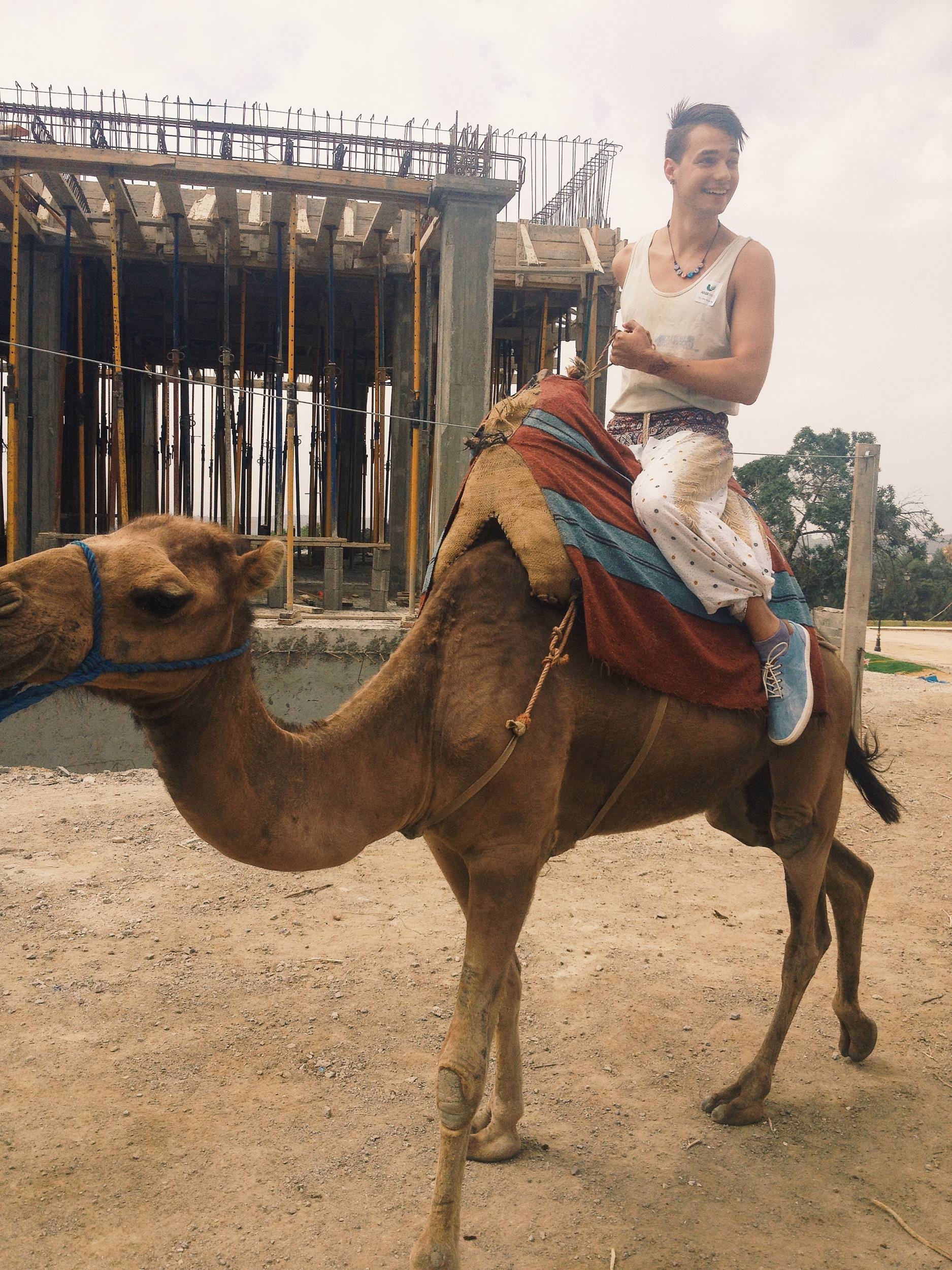 In Greece, people would stop me on the street to photograph me (I had green hair), and on bad days, they would call me 'Malaka' (meaning 'jerk-off' or 'wanker'), and throw fruit at me. But it’s also in these places that being “other” unites you. Queer people would befriend me (not in a sexual way, I promise) much quicker and much more openly in Greece and Spain, than they have anywhere else. They would see the green hair and know that I was someone who would be their friend for a day or evening (some of these people are still my friends now). 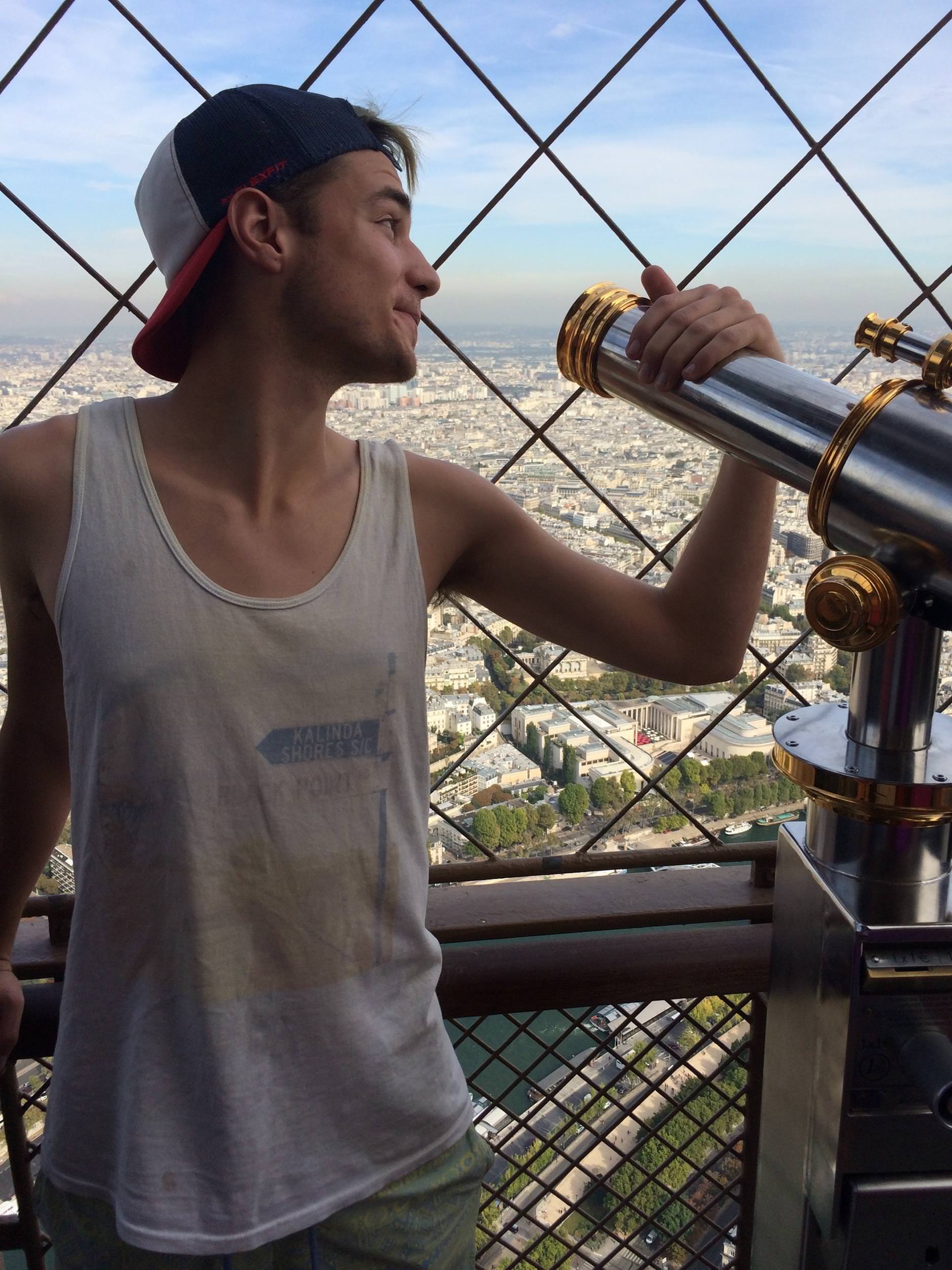 I lived with a super conservative family in Wandsworth once - the front door opened to the sight of a huge portrait of Sharon, the matriarch of the household, and Maggie Thatcher. And so I had to act more than I usually do. No makeup, no nail polish. When we sat around the dinner table and shared stories of old relationships, I would talk about my girlfriends, and not my boyfriends.

"I wasn’t being myself, I was just being a version of myself that was appropriate to my surroundings"

Now I live in Montreal, which seems to have a similar “love of otherness” as London, despite having fewer immigrants for linguistic reasons. It’s cool to be different. And it’s cool to feel safe in expressing those differences.

"My migration, like my homelessness, have benefited my mind and soul greatly"

So how do I think the world is changing for non-hetero/cis people? It’s easy to think we’re making steady, if not slow progress, but I’m not sure this is true. I’ve lived on 3 continents during major political shifts: Tony Abbott’s election in Australia in 2013, Brexit in Europe in 2016, and Trump’s ascension to nuclear code access in North America in 2017. In those moments, the illusion of progress is shattered. The world isn’t all London and New York, and we need to remember it. Non-hetero/cis people will never have the confidence that hetero/cis people have, at least not for a long time yet. But that doesn’t mean we cannot participate in the culture directly around us, or in our travels around the world too. We must participate. We must be visible. We must take care of ourselves too, and be smart about how we express and conduct ourselves. My migration, like my homelessness, have benefited my mind and soul greatly, though not without some challenge and consequence.

I’ve seen so many things, worked so many jobs, and apologized in so many languages for not paying enough attention when crossing the road. But the people I've met have been the most significant part. I’ve heard so many stories and ideas, and shared so many in return. I've felt those walls of division sometimes crumble, and sometimes stubbornly remain. That’s why people travel in the first place, right? To learn and grow from every place, and hope that maybe those places will learn and grow from you too.

"The LGBTIQ+ community must continue to fight not just for our own global freedom, but for everyone's"

Finally, it never feels right talking about this stuff without mentioning the real victims of prejudice. It upsets me that it’s difficult to be my true self in all corners of the world, but my case is a minor one compared to refugees. Whenever we experience challenges and oppression, we must use these experiences to expand our empathy for those who experience the same, but in more cruel and urgent forms. As Brexit begins this month and Trump’s administration continues its adherence to its election promises, we must remember what we know: everyone should be safe, everyone should be free, and if they aren’t, they should have unrestricted ability to move to places where they have a better chance of achieving these human rights. The LGBTIQ+ community must continue to fight not just for our own global freedom, but for everyone's. 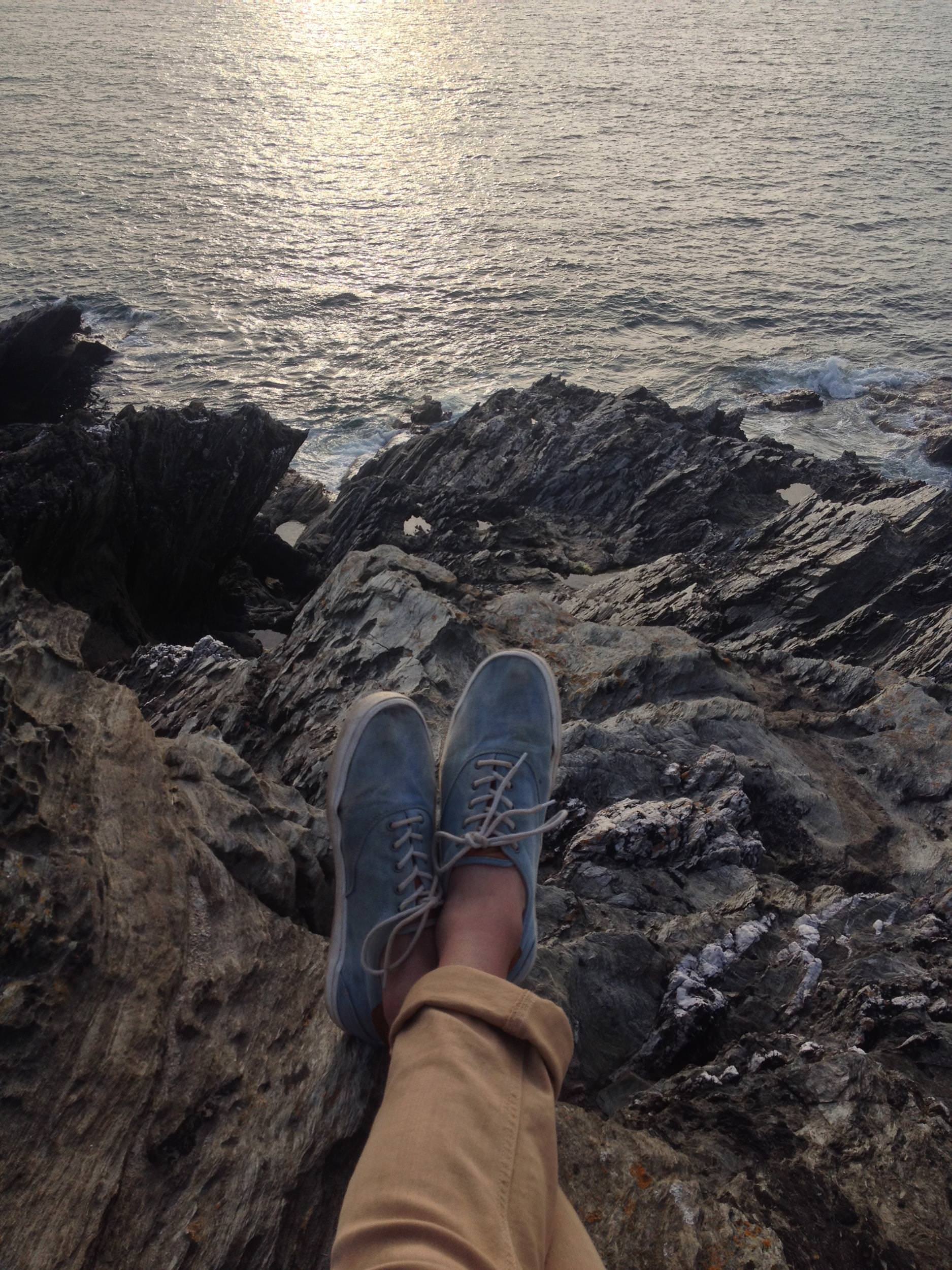