Thanks to Netflix, hundreds of movies and television shows can be enjoyed on your laptop, iPad or phone anytime you want. That means inspiration is at your fingertips: from fashion and food to Beyoncé, tidying up, home renovations and more. When it comes to travelling the globe, there are tons of films and TV series that’ll make you want to travel. We narrowed it down to 12 below.

Two free spirits from Germany and their very cute dog load up an old school bus and hit the open road. They travel to more than 20 countries and over 20,000 kilometres in search of the meaning of life. Pretty much every millennial will relate to the feeling of wanderlust Expedition Happiness exudes. Road trip, anyone? 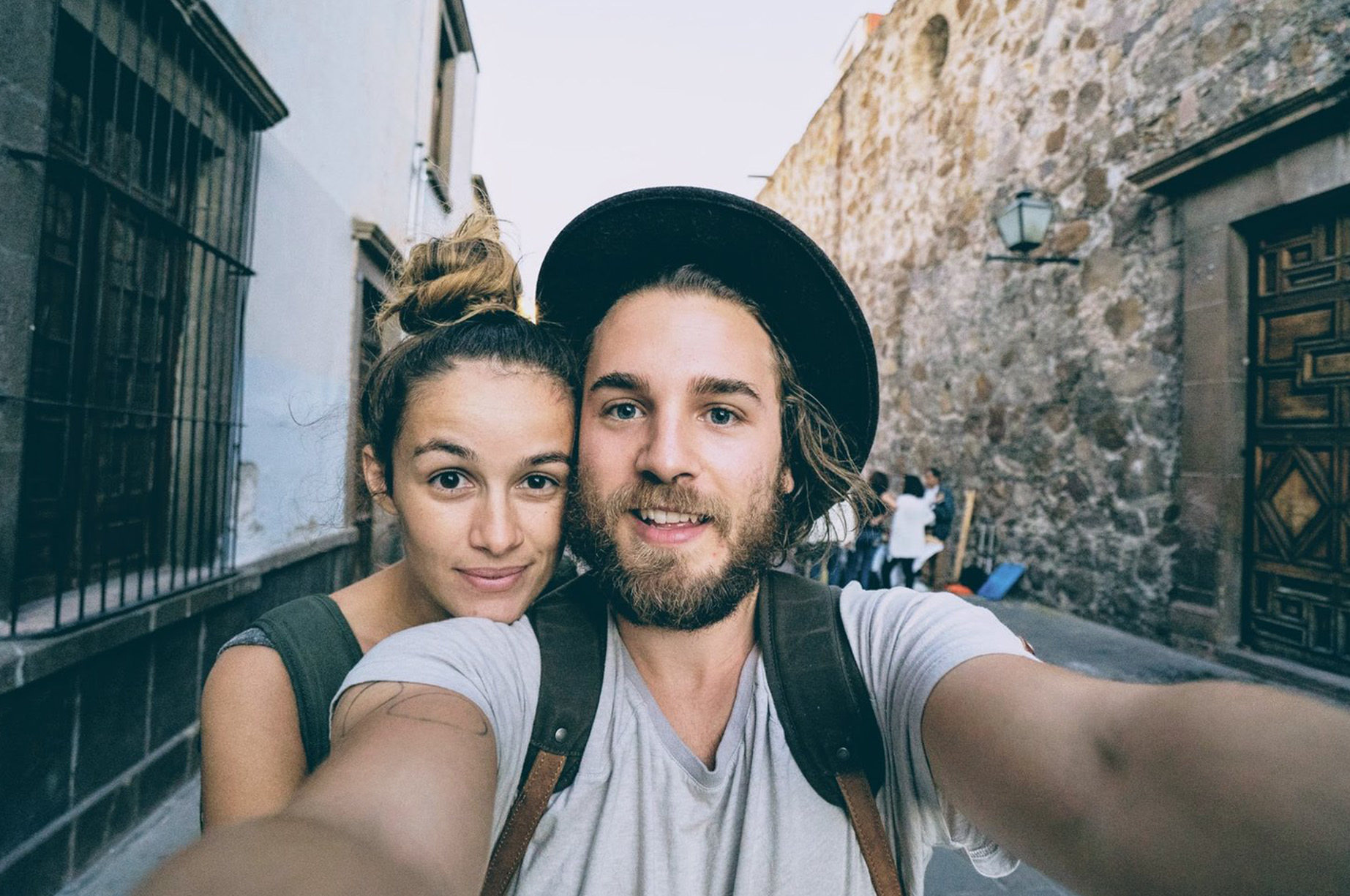 One of the best parts about travelling is all the local cuisine you’ll get to eat. Travel the world—at least on screen—in this documentary series highlighting the street food of different cultures. The first volume focuses on Asia, with nine episodes based in Bangkok, Delhi, Seoul, Ho Chi Minh City and more. From fiery woks full of noodles to grilled meat on sticks, you’ll be drooling by the end. 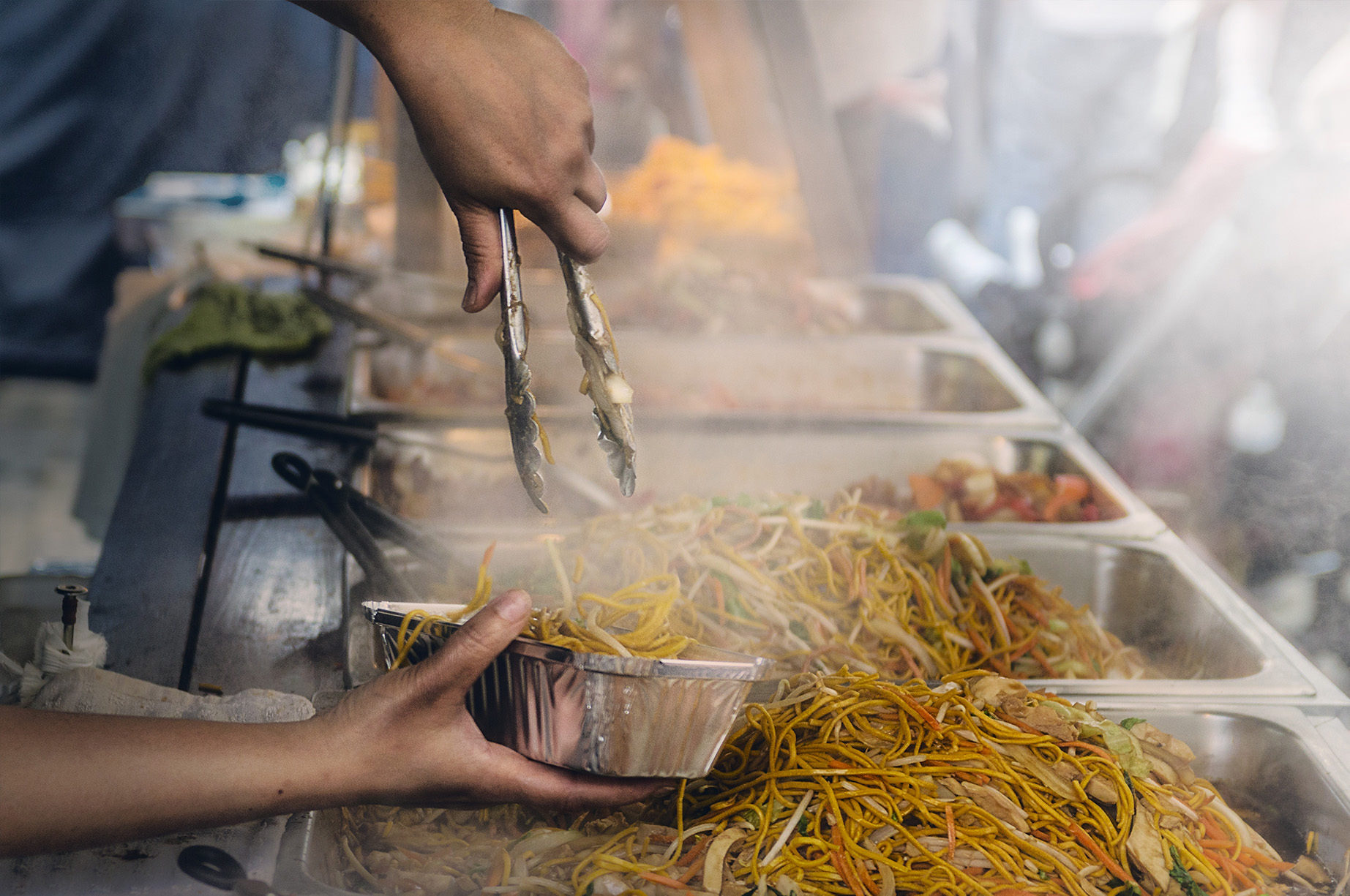 Over 13 episodes, host Leon Logothetis travels the world with only his motorbike, relying on the kindness of strangers—and paying them back in unexpected ways. He starts in Alaska, stops in the Yukon and travels south through the US, making his way towards Argentina. It’s amazing what strangers will do for one another, and the Kindness Diaries will renew your faith in the human race. 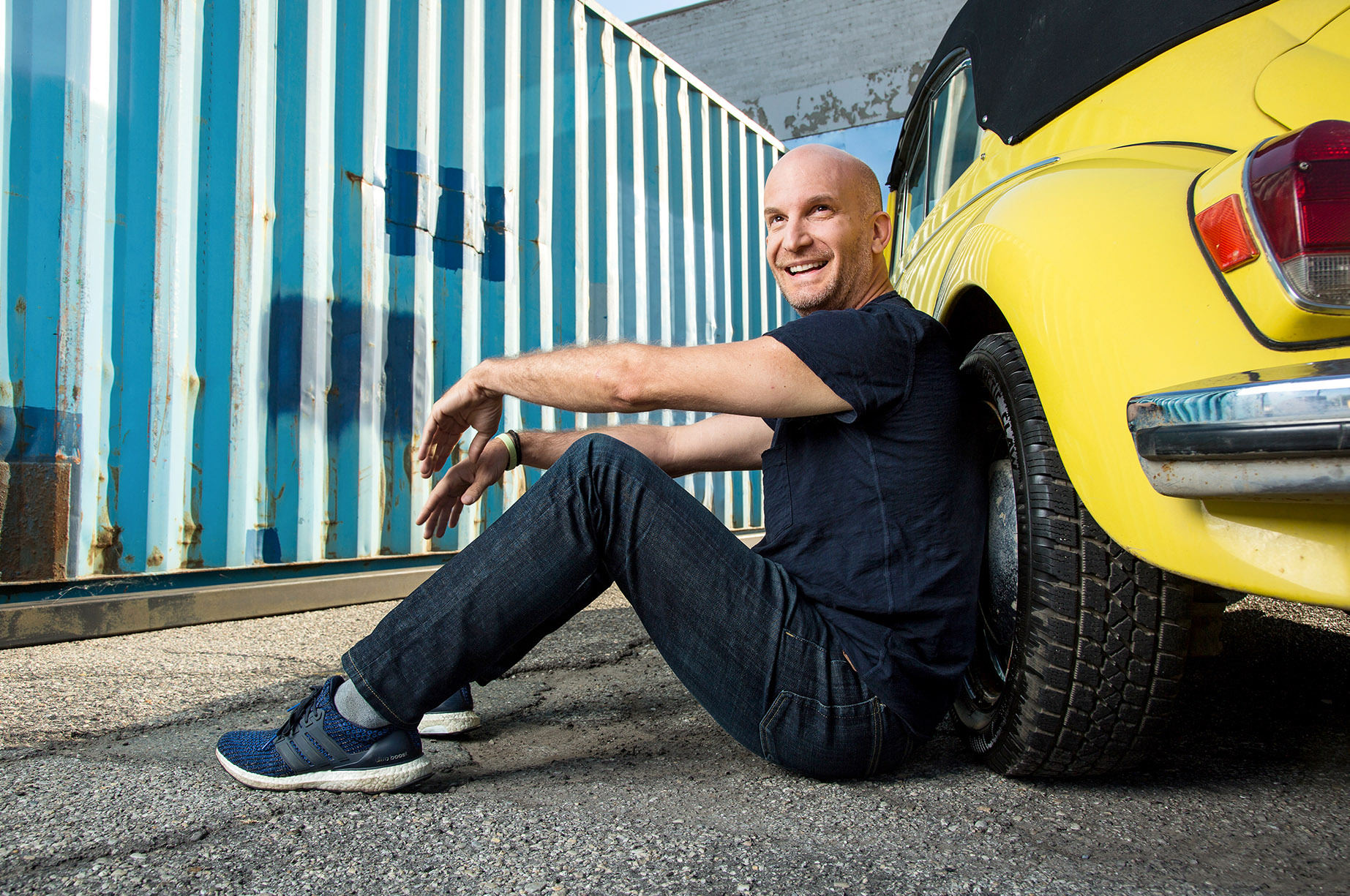 Based on Elizabeth Gilbert’s best-selling memoir, Eat Pray Love follows Liz, a recently divorced American as she travels to Italy, India and Indonesia for a year in search of good food, spirituality and romance. Starring Julia Roberts, this heartfelt movie is full of food porn—hello, pasta and pizza close-ups—and colourful scenes in temples and jungles. We bet you can’t make it to the end of Eat Pray Love without searching for flights. 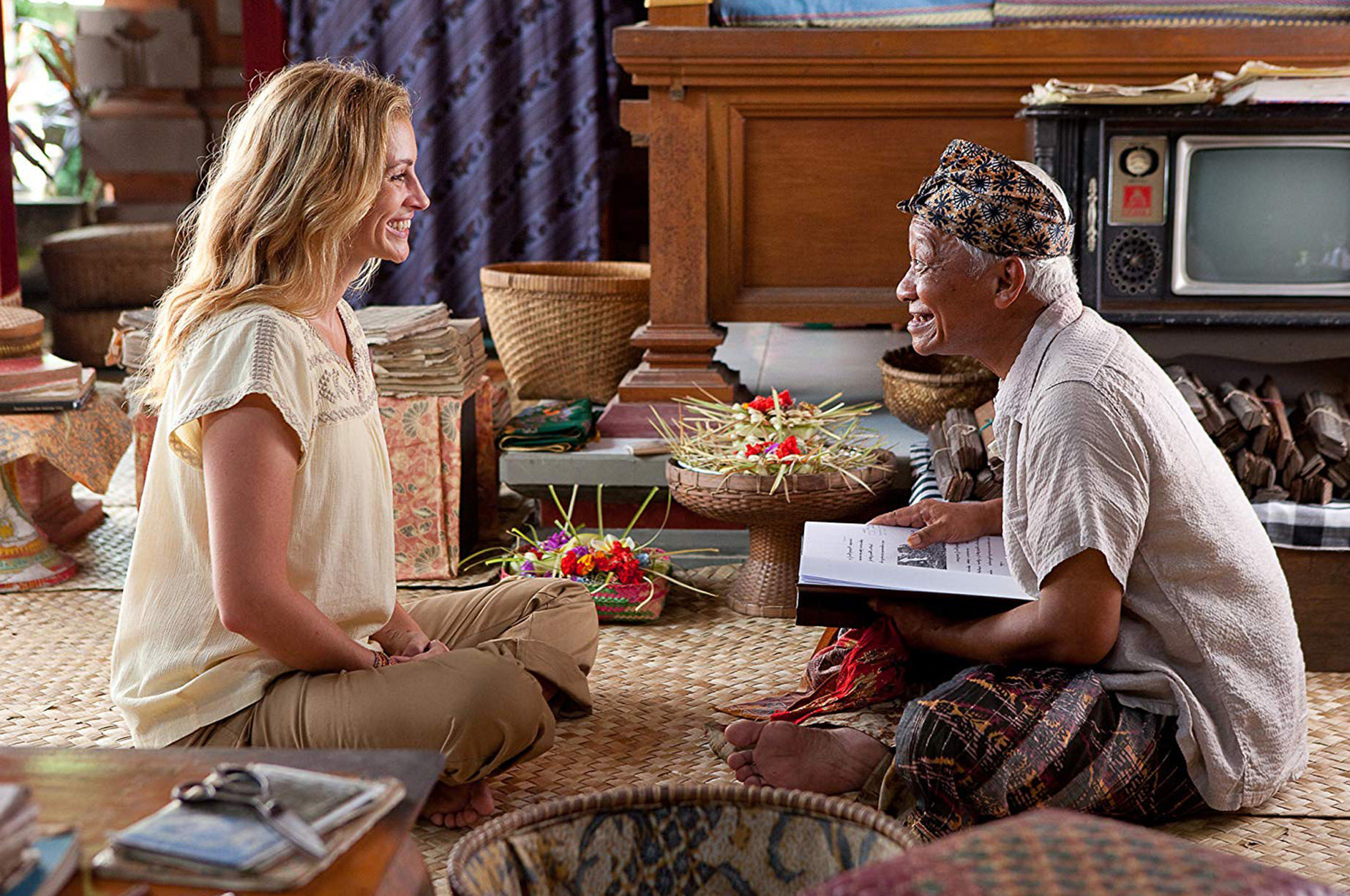 Anyone who’s ever gone backpacking will tell you that everything you need can be carried on your back. The subjects in the documentary Minimalism take the philosophy that “less is more” one step further by pushing the limits of living minimally. Is it true that will less “stuff,” you’re able to see the things that matter more clearly? Perhaps it’s time to go backpacking again. 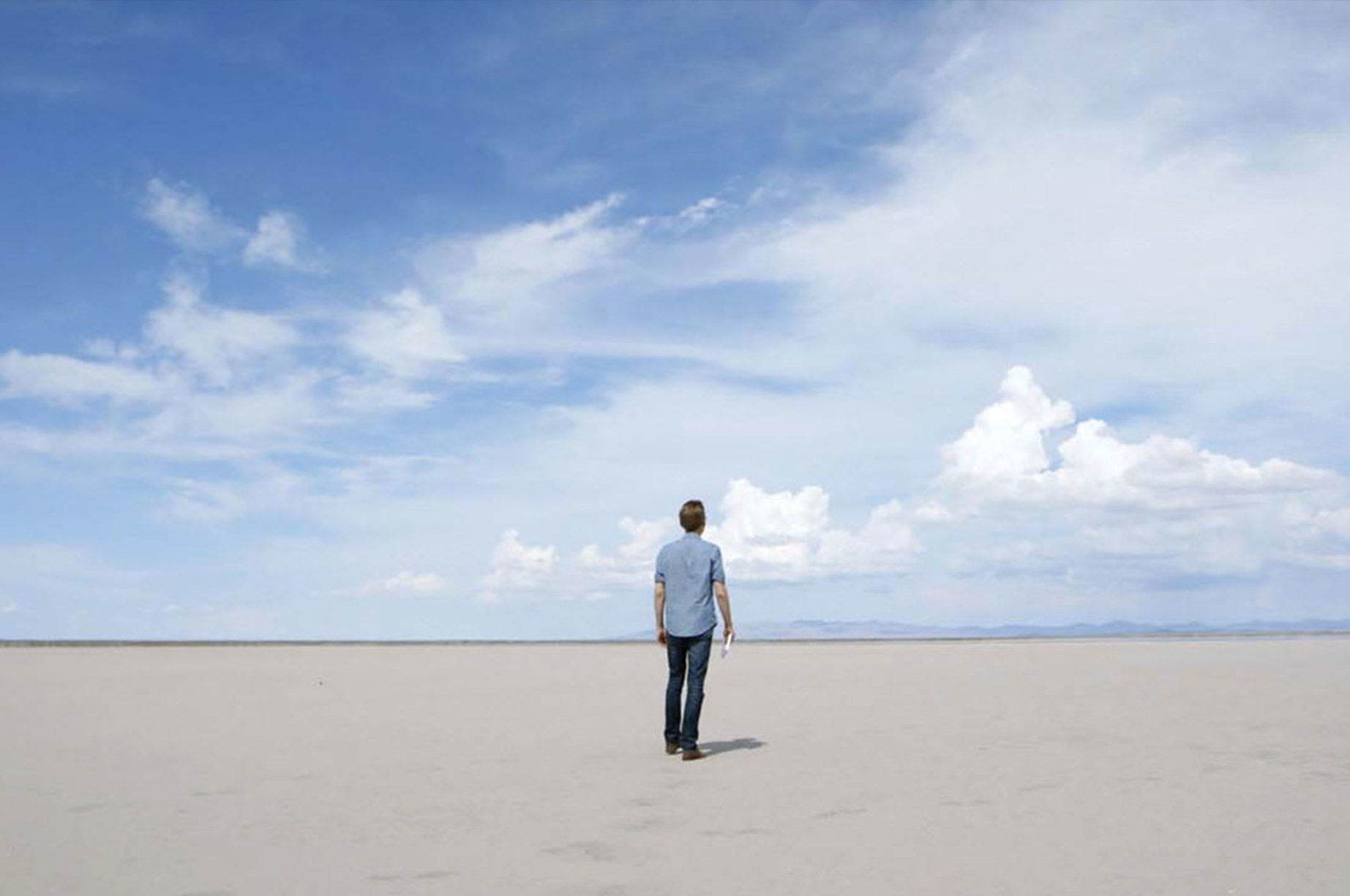 Phil Rosenthal, the creator of the 90s TV show Everybody Loves Raymond, follows his taste buds around the globe to try local cuisine and culture. Two seasons of one-hour episodes include travels to Tel Aviv, New Orleans, Copenhagen, Cape Town and more. Luckily, HI has hostels for you to visit in many of these locations! 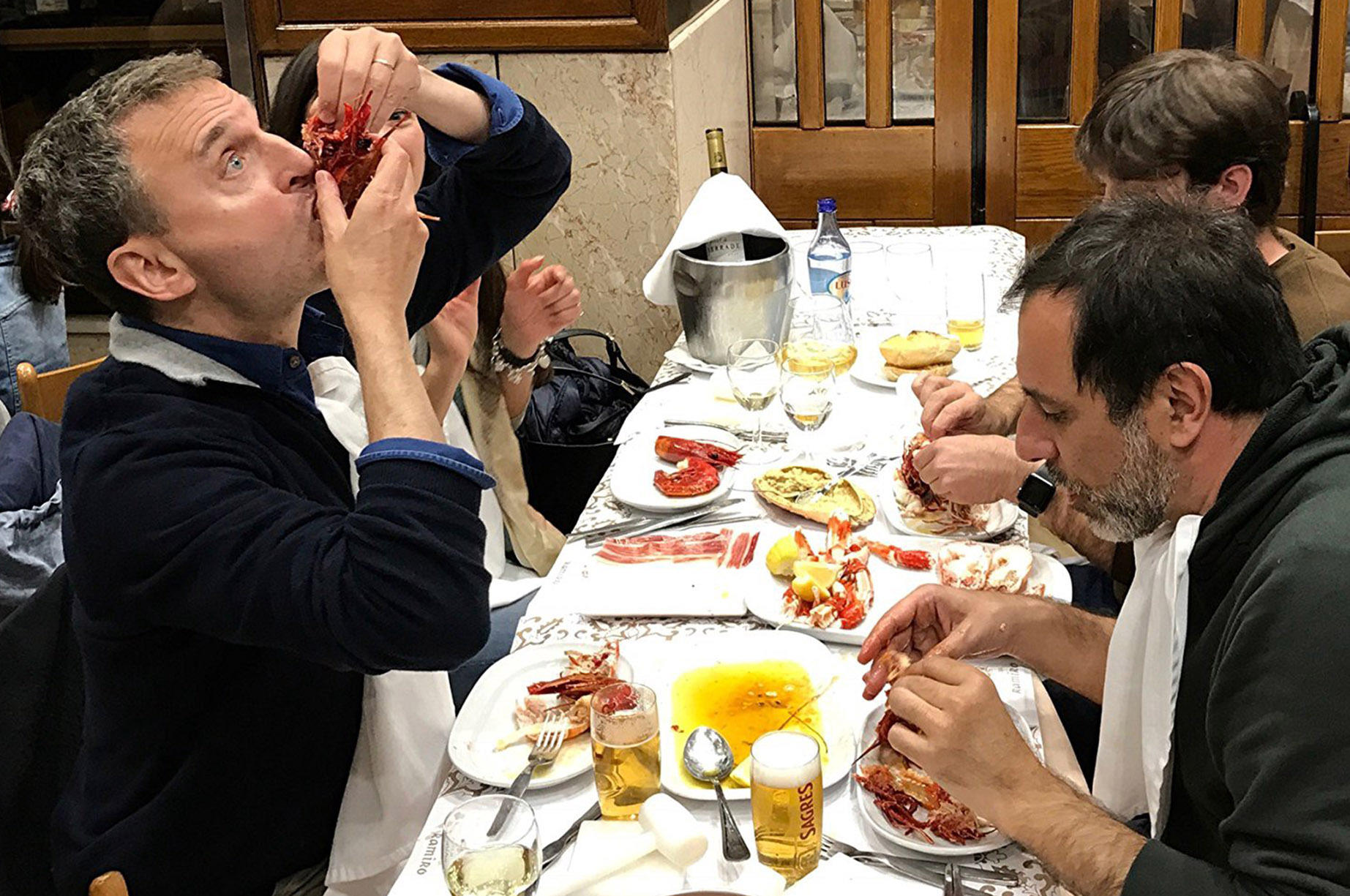 Yes, the Holiday is technically a Christmas movie, but hear us out: the rom-com follows two women from different countries who decide to swap houses for the holidays. This adventure gives them a chance at love, and more importantly, a fresh perspective on life. You might not be ready for a house-swap, but travelling to different places often feels like walking in someone else’s shoes. 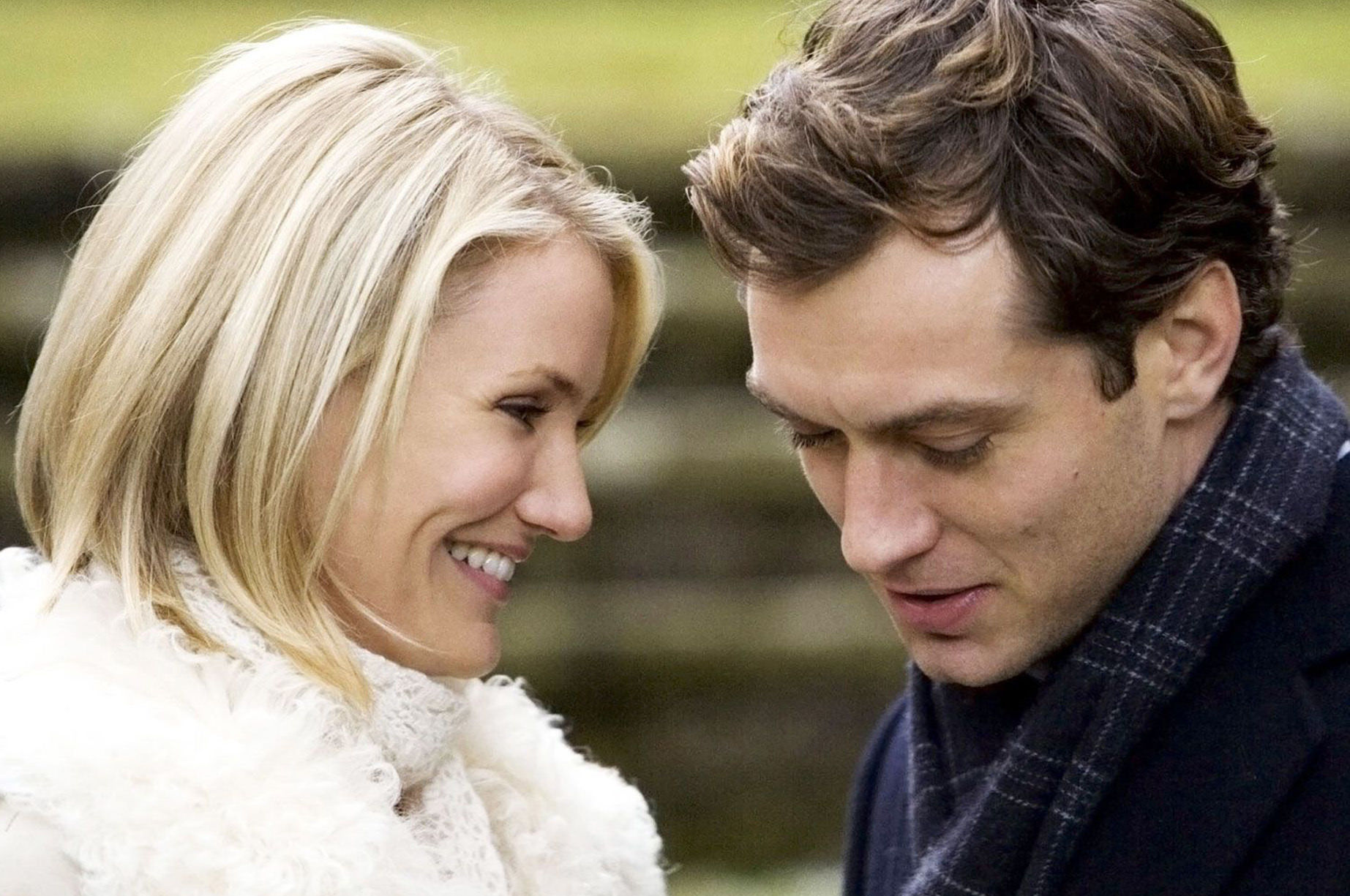 Coral reefs are disappearing from our oceans at an alarming rate, and in Chasing Coral, a team of divers, photographers and scientists set out to capture some of what’s left. It’s as beautiful and thrilling as it is upsetting to see what humans have done to the environment. If it doesn’t inspire a trip to Australia’s Great Barrier Reef, it’ll at least motivate you to help try and save it. 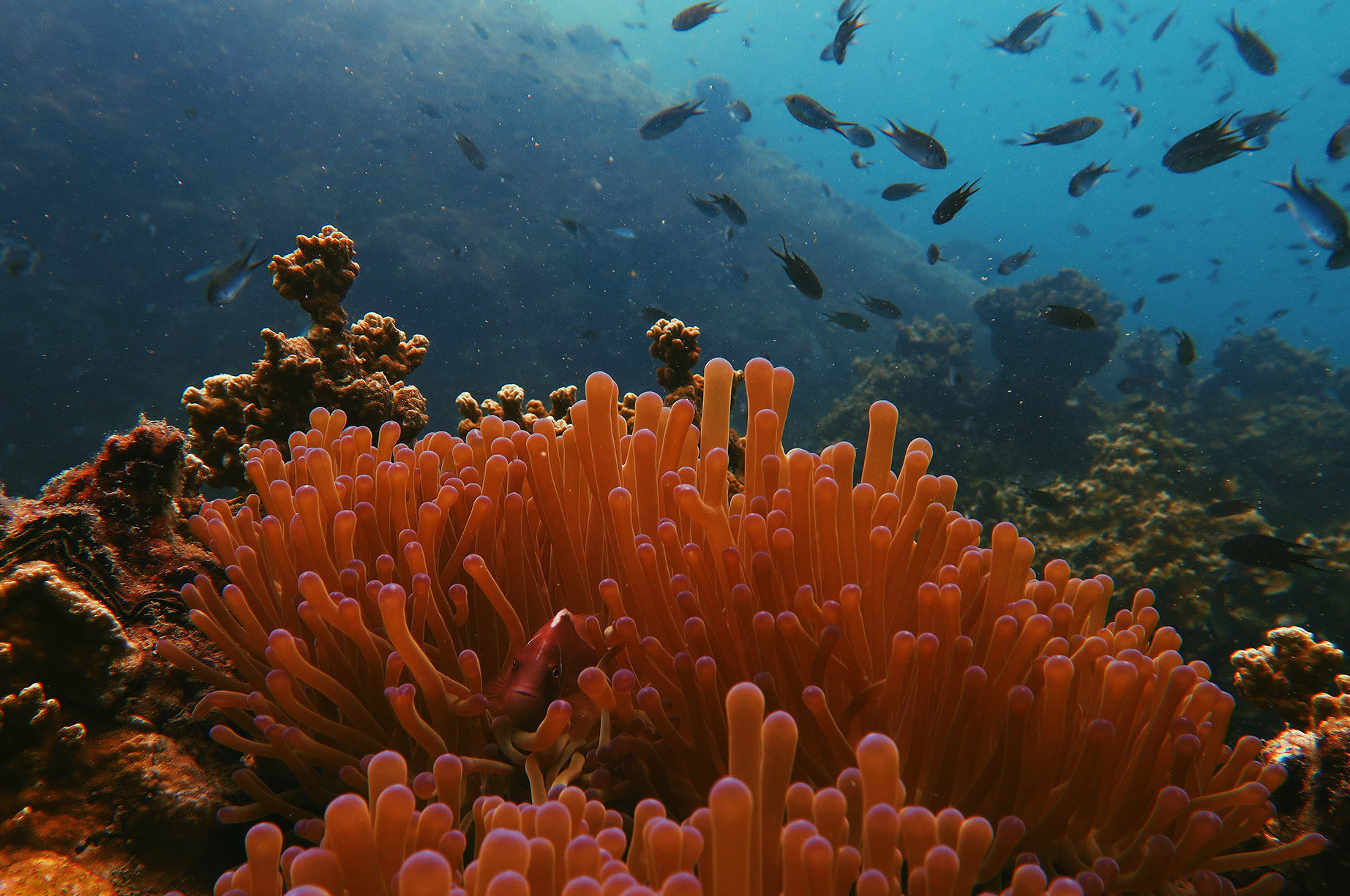 Based on a true story, the Oscar nominated Lion follows a young man’s quest to learn his past and find his birth family in India. When Saroo is separated from his brother at the age of five, he’s able to stay alive long enough to get adopted by an Australian couple. Dev Patel stars as adult Saroo, who decides to use Google Earth to retrace his steps and find his hometown. This emotional movie will likely make you cry, but it might also inspire you to delve deeper into your family’s history and visit your ancestral homeland. 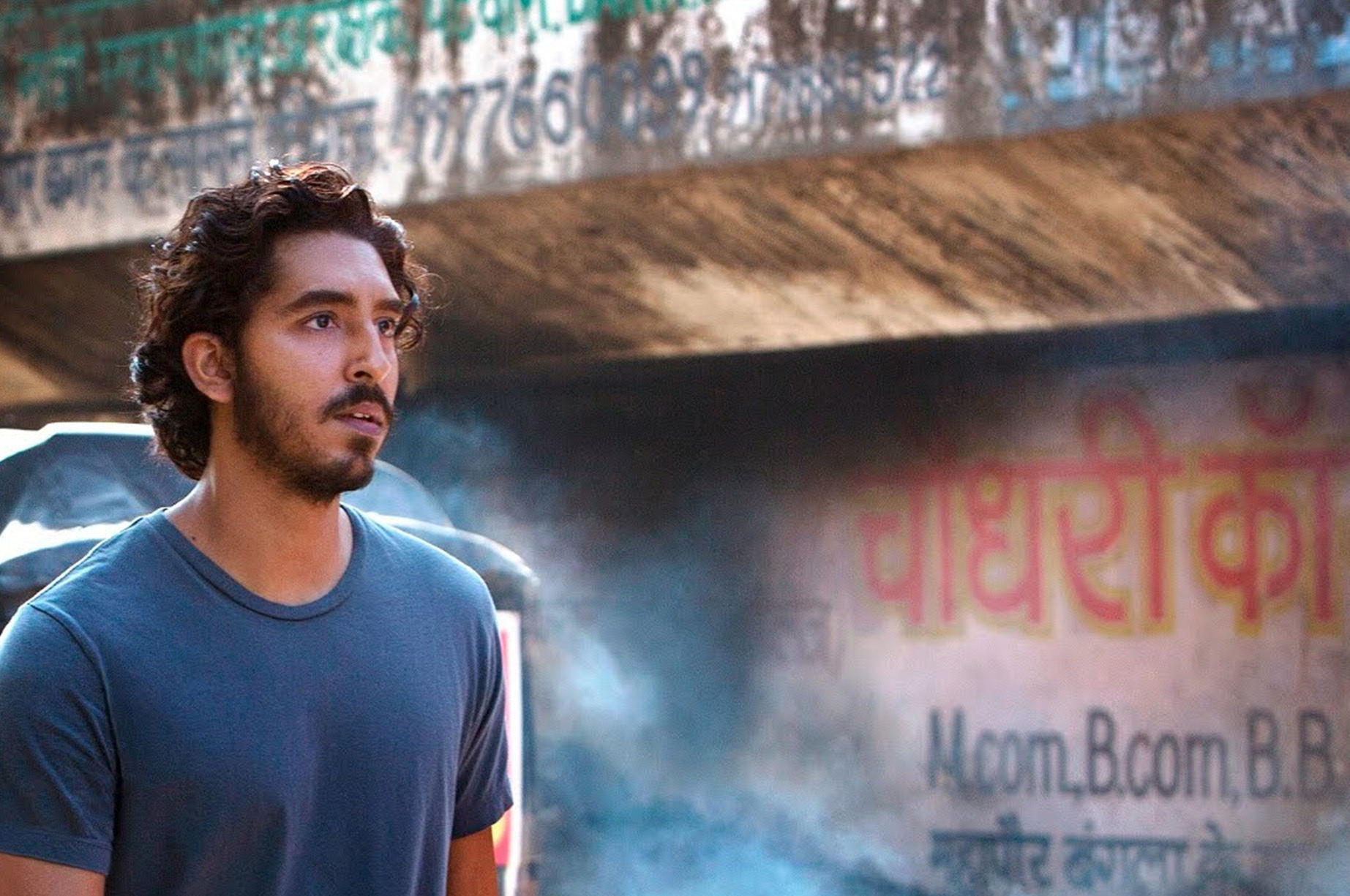 Follow chef David Chang and his celebrity pals around some global foodie hotspots while they discuss the food, the culture and themselves. There’s one Canadian stop in Vancouver where Seth Rogan, true to form, shows David around his favourite food spots with the help of his buddy marijuana. Three other episodes head to Cambodia with Kate McKinnon, Morocco with Chrissy Tiegan and Los Angeles with Lena Waithe. 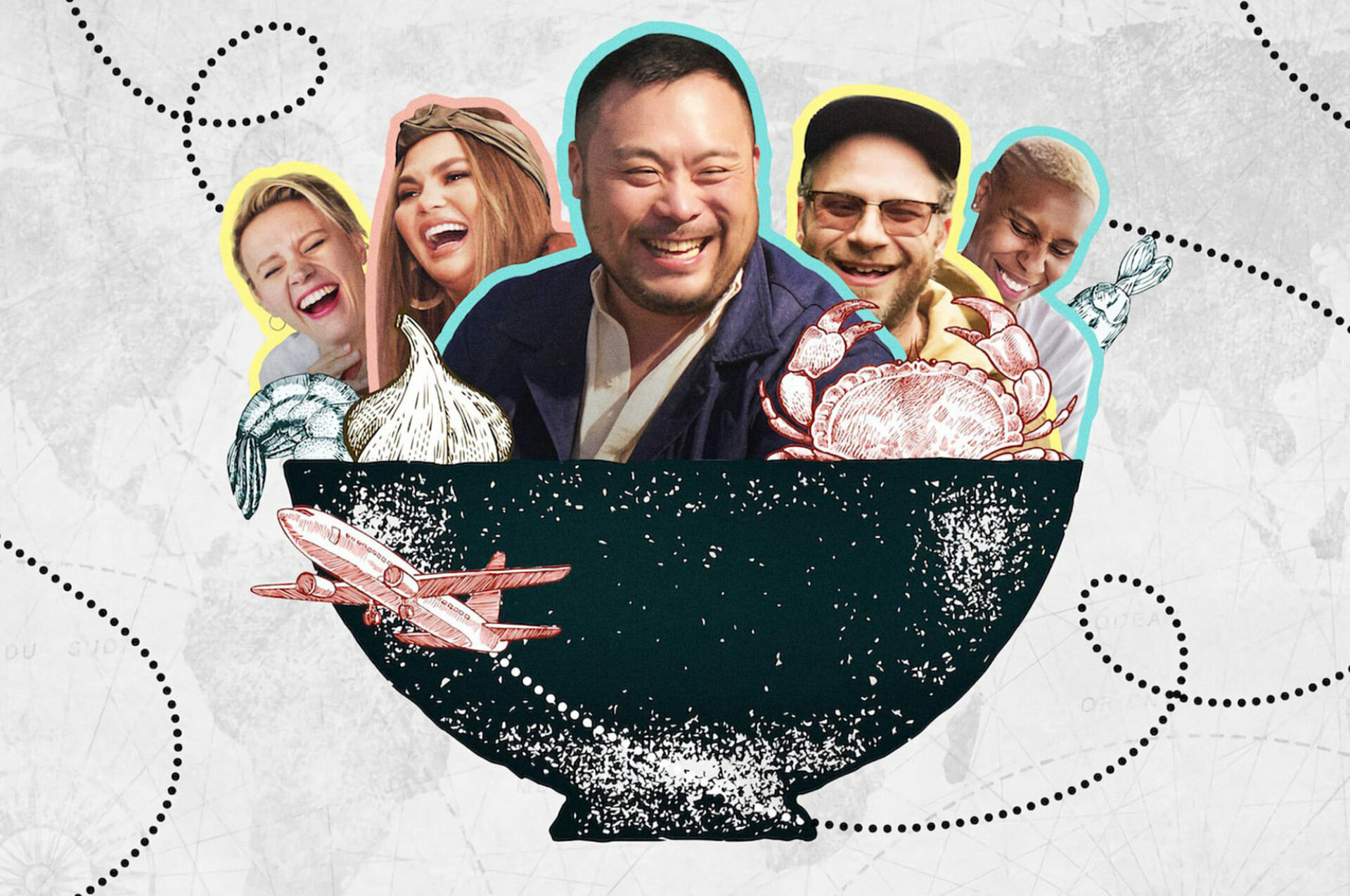 The world is big, beautiful and diverse, and if you ever had any doubts, just throw on an episode of Our Planet. This iconic series not only captures nature and the wild in an unprecedented way, it also forces viewers to grapple with the impacts of climate change on living creatures. Step into the rainforest, visit the grasslands and plunge into the high seas to see what lies beneath. You’ll realize there’s so much of this great big world to see. 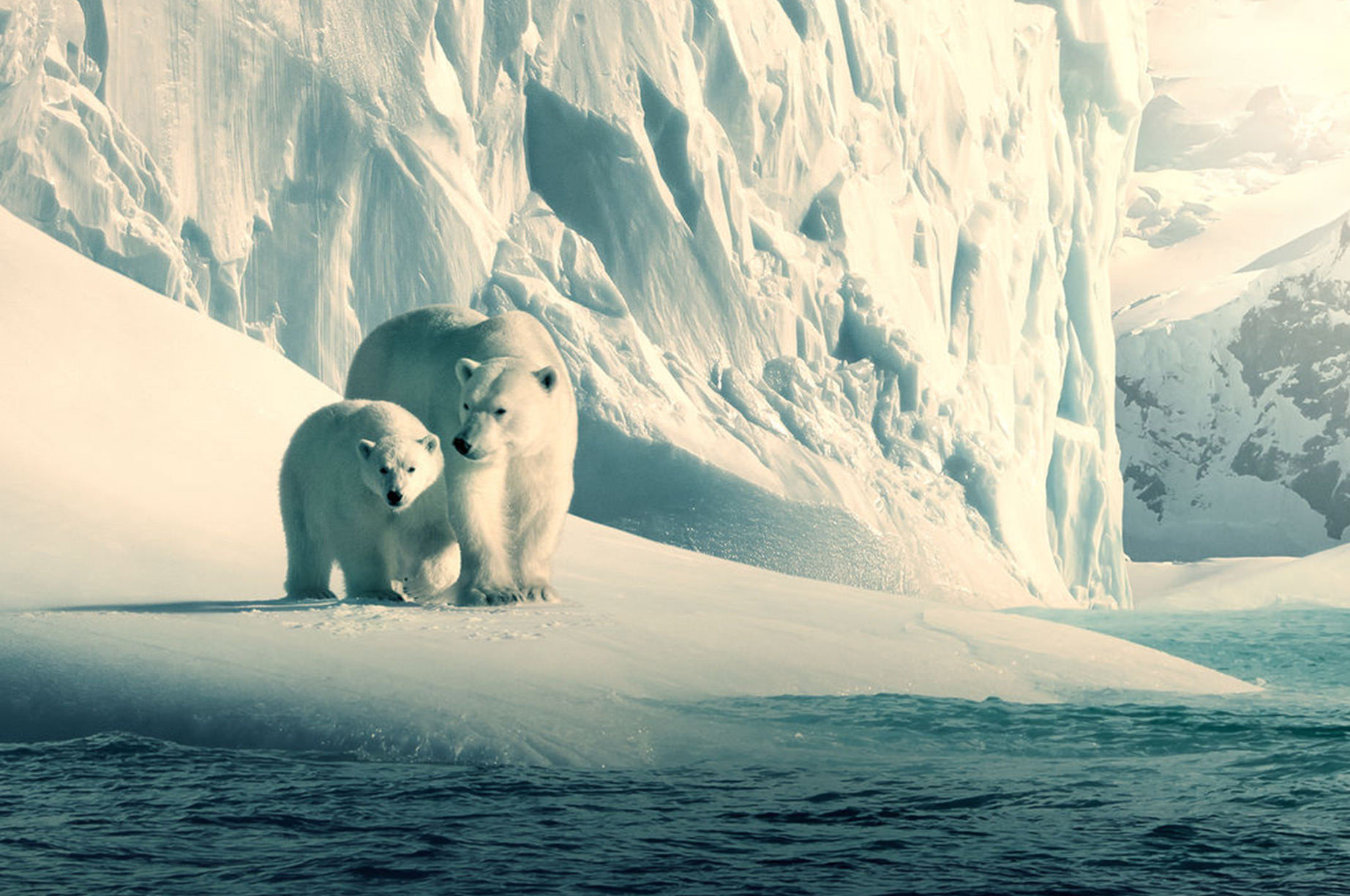 Get your Canadian road trip fix through the eyes of 90s heartthrob and Canadian icon Joshua Jackson. In this movie, he plays a guy diagnosed with cancer who decides to ride his motorcycle from Toronto to Vancouver Island. Lots of lovely Canadian scenes to admire along the way, including one with a cameo from Gord Downie. 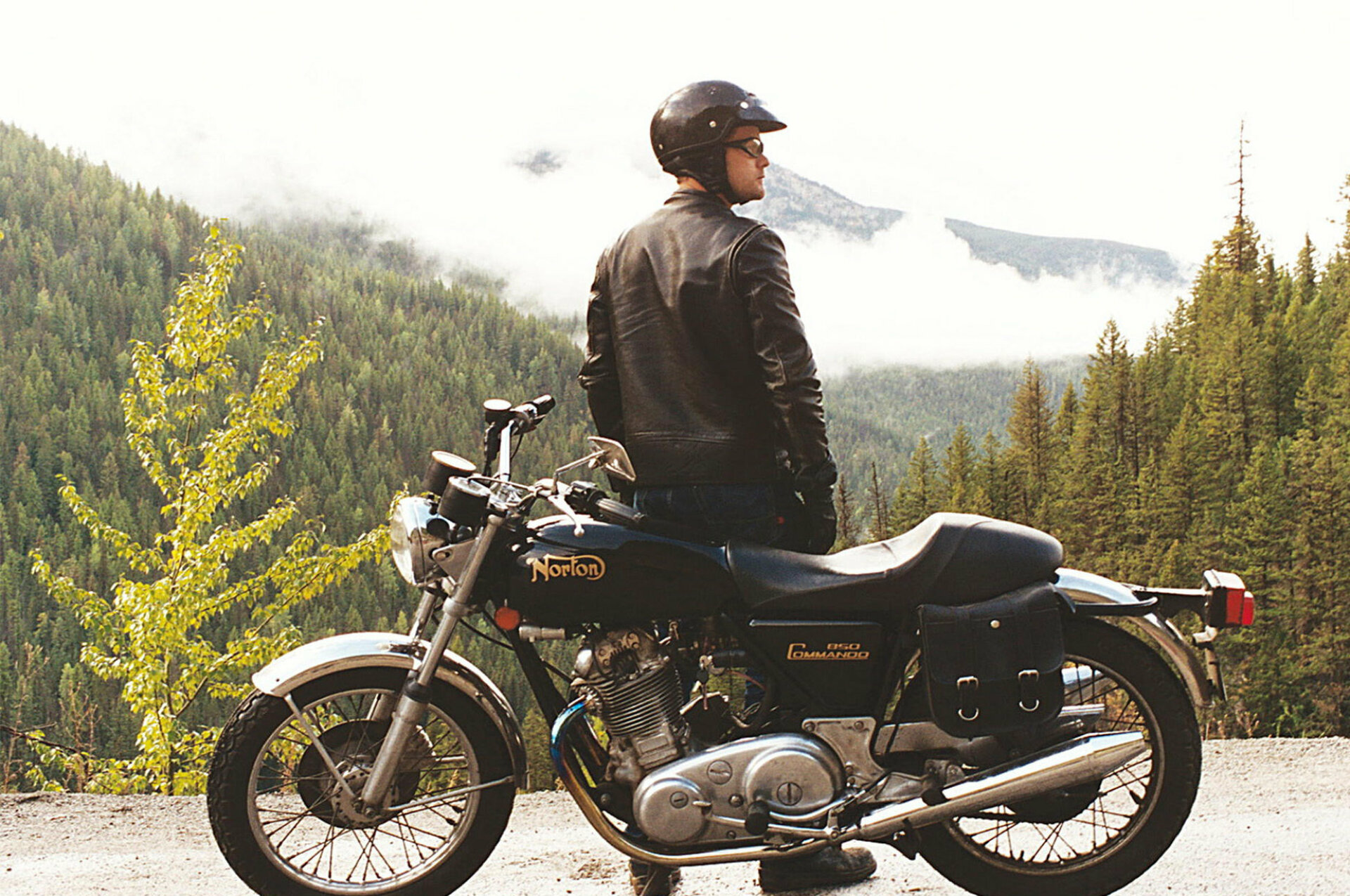 This documentary follows a rag-tag group of travellers as they buy themselves some run-down cars and head out on an epic road trip around the world--from the UK through Europe, Central Asia, Russia, Japan, Canada and down to South America. Not only do they show how they did it, they talk about what it means to be out there on the road with limited funds, not much in the way of a plan and good friends. If you’ve ever travelled far from home for a long while, this one will surely fire up some nostalgia for you.