HI Vancouver Jericho Beach celebrated its 50th birthday this year. Though it was originally built as air force barracks more than 85 years ago, this impressive historical building has actually spent most of its life as a hostel, welcoming countless travellers from across Canada and around the world.

The stretch of land on Vancouver's Burrard Inlet has been valued by locals for more than a century. From the Salish First Nations People to the Canadian military to protesting hippies, several generations have recognized the value of this gorgeous stretch of land and have called it home. Today, the area is home to the HI Vancouver Jericho Beach hostel, a historic building that was once the largest hostel in Canada and in North America.

The Coast Salish First Nations lived in the lands east of Jericho Beach in the area that is now known as Jericho Park. Four years before Canada's birth in 1867, the Canadian military set up a bare-bones naval reserve at Jericho Beach to ward off the threat of an American invasion. By the turn of the century, Canada had new military concerns. Air forces were a growing priority during the early part of the 20th century, so in 1920, the Jericho Beach base focused on seaplanes. In 1925, the Royal Canadian Air Force (RCAF) used Jericho Beach as a training base.

In 1934, the RCAF constructed military barracks where pilots and others slept. Seaplane hangars spanned the fields east of the building, where now lie a baseball diamond and grass fields. After World War II, the federal government decommissioned the base, and leased the land to the City of Vancouver for use as park lands.

The old military barracks returned to the limelight with the rise of the 60s counterculture. The surrounding Kitsilano neighbourhood emerged into something of a hippie haven, Canada's answer to San Francisco's Haight-Ashbury district. In 1970, many young hippies began living in Jericho Beach's empty barracks and renamed it "Cool-Aid." Despite the fact that there was only one shower and six toilets, as many as 400 people stayed at Cool-Aid every night.

To then Vancouver Mayor Tom Campbell, the denizens of Cool-Aid were a public menace. Mayor Campbell pushed to get the hippies out of Jericho Beach and even talked about invoking the War Measures Act to clamp down on "the hippies, drug pushers and draft dodgers," as he described them. On October 2nd, 1970, the police ordered Cool-Aid evacuated. By October 15th some remained and the "Battle of Jericho," as the Vancouver Sun called it, erupted. For three-and-a-half hours, 250 police officers and an army unit battled with the remaining squatters, pushing them out of the building.

That same year, the federal government began a program to help young travellers looking for affordable places to stay. Vancouver City Council formed a subcommittee on the issue and offered to lease the Jericho property to the Canadian Youth Hostels Association (now known as HI Canada) for $1 per year. After several major upgrades, HI Vancouver Jericho Beach opened on April 30th, 1971. With 300 beds, it was the largest hostel in North America and staying there cost $1.50 per night.

Today, the hostel remains a permanent part of the Jericho Beach landscape, hosting countless groups, families and independent travellers each year. In a fitting tribute for a former hippie enclave, the building serves as a home for many during the annual Vancouver Folk Festival (on hiatus for 2021). It has also hosted many salmon barbeques and Canada Day parties for hostellers, members, volunteers and neighbours over the years. On the ground floor, the NSCS Discovery Café is run in partnership with DICED culinary school and supports its affordable and sponsored training programs for aspiring chefs while providing affordable eats for hostellers and locals.

HI Vancouver Jericho Beach is open again for another summer of travels, adventures and beach relaxation. Choose from semi-private dorms to family suites for a unique perspective on Vancouver with all the best the city has to offer at your doorstep. 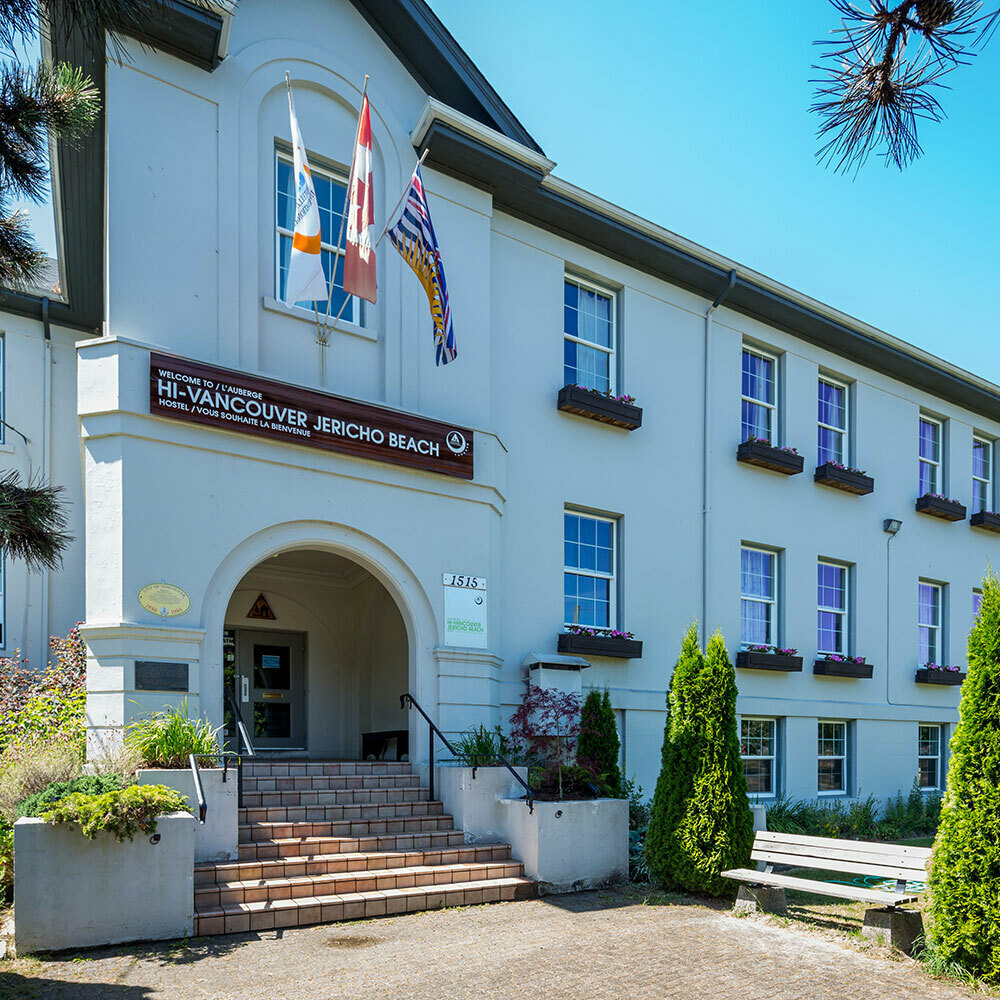 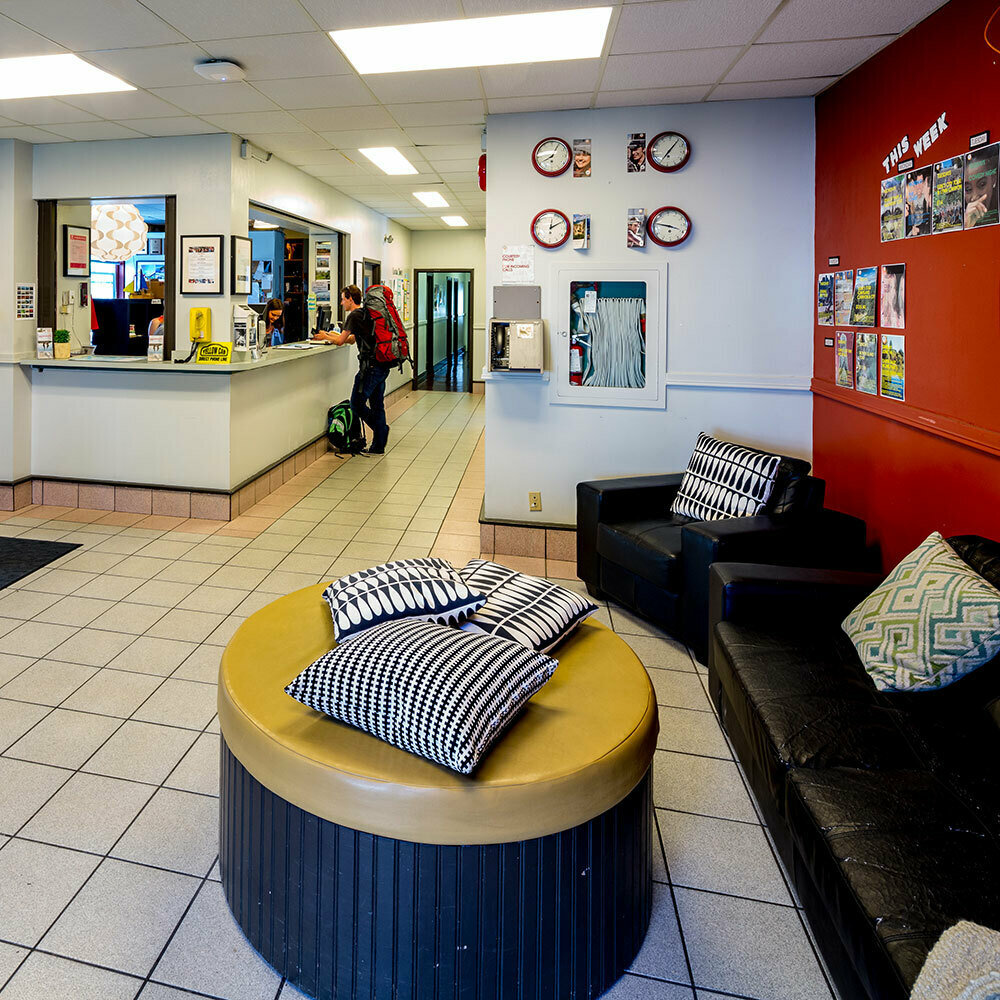 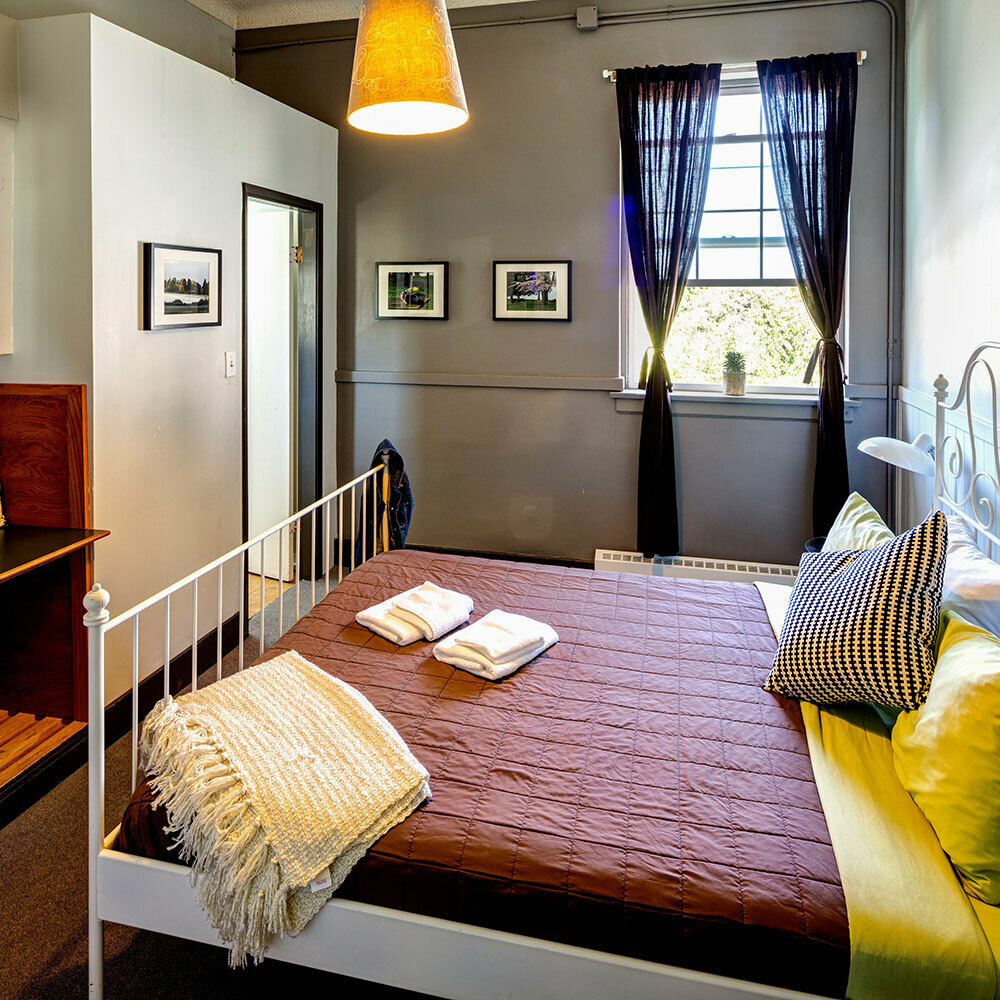 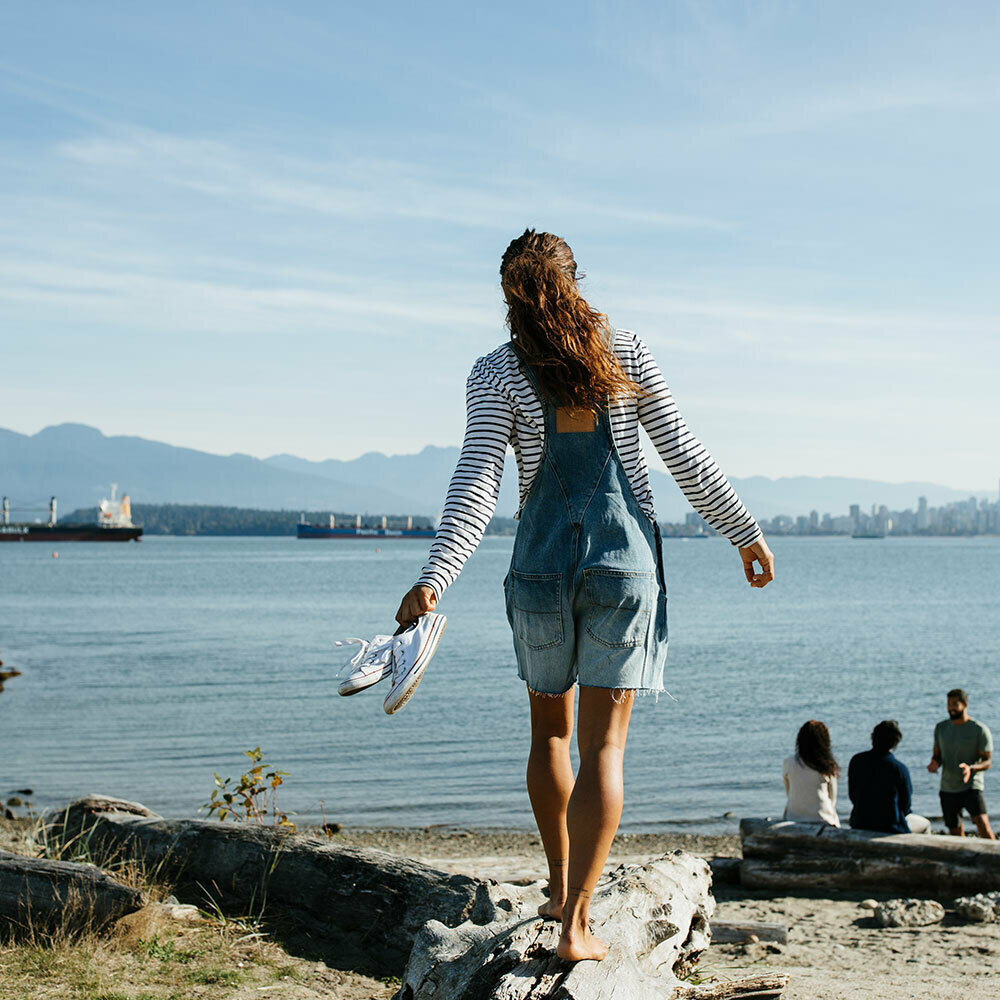 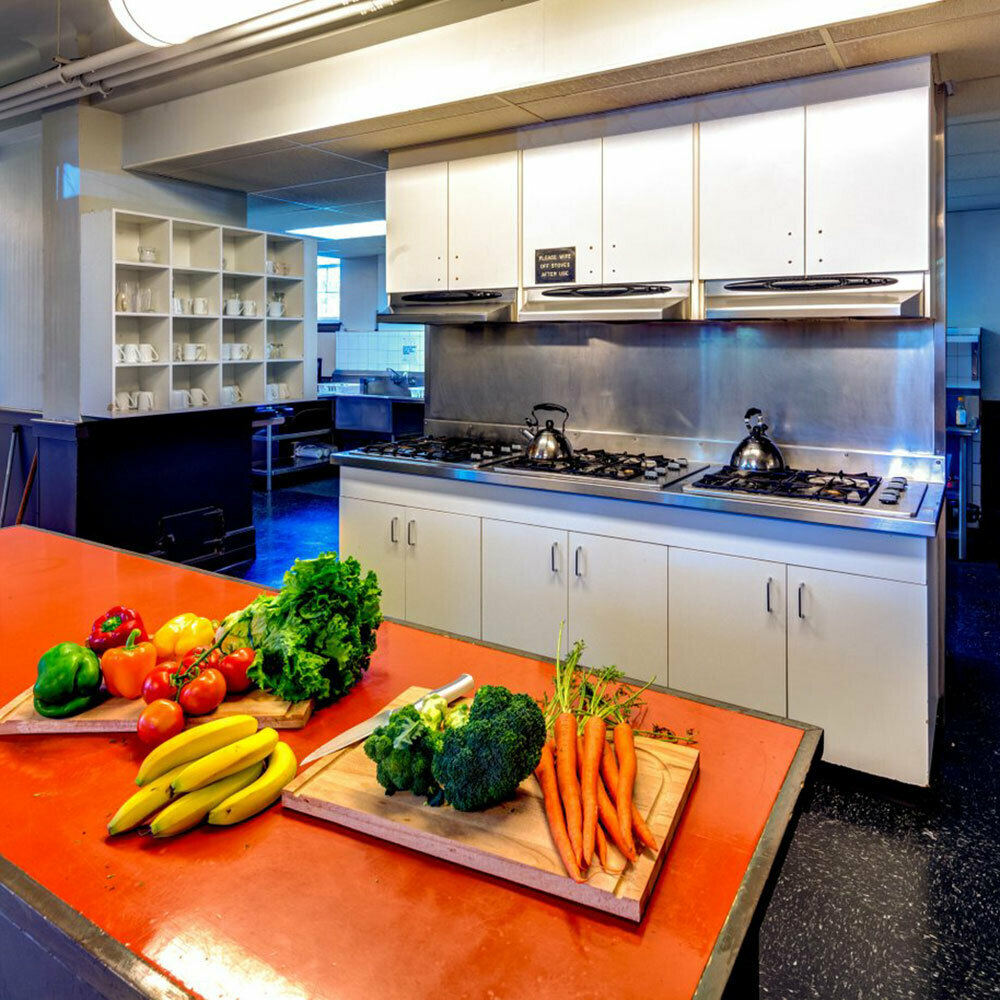 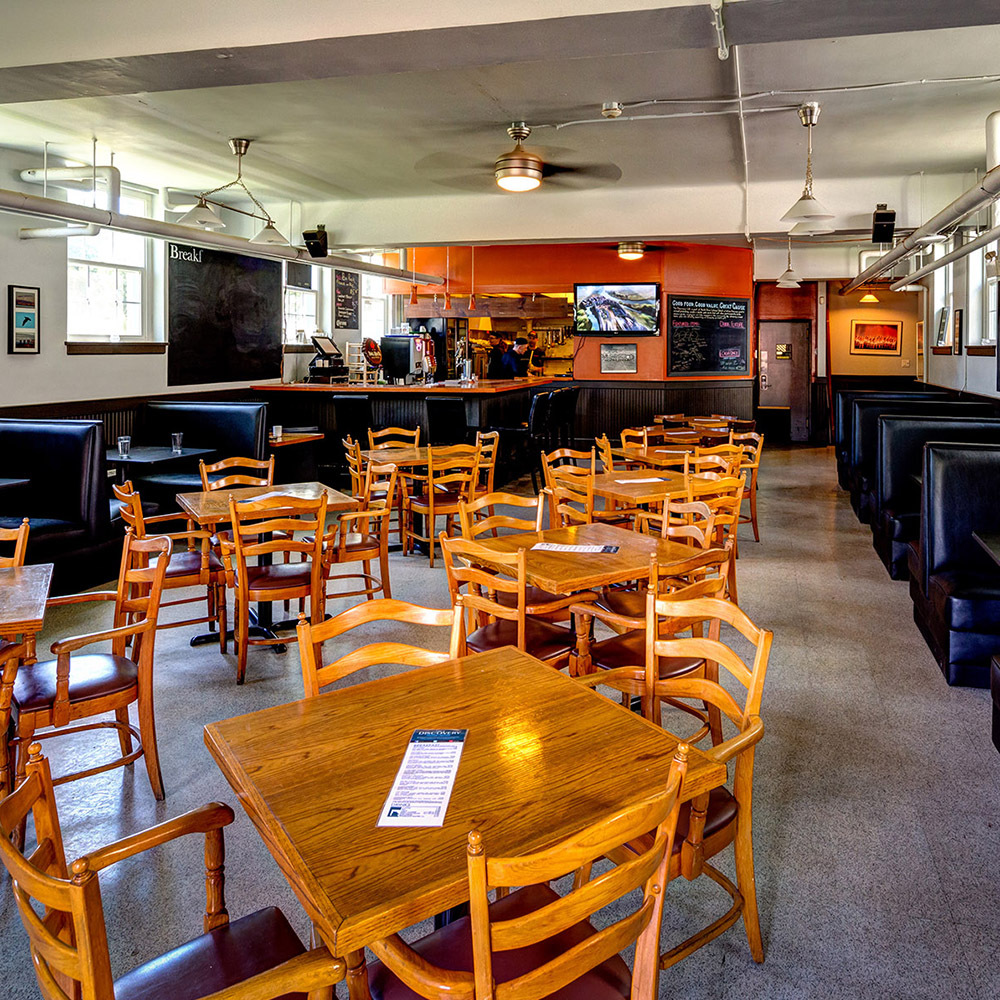