Machu Picchu‘s 500 year-old ruins may be the most popular attraction in all of Peru, but Rainbow Mountain‘s colourful stripes have the most online buzz. Located in the Peruvian Andes, three hours away from the city of city of Cuzco, the peak of Rainbow Mountain is 5,100 metres high, over five kilometres above sea level and only 200 meters short of Everest basecamp. With over 100,000 visitors embarking on a challenging high-altitude dayhike to its peak every year, it’s hard to believe that the colourful stripes on this mountain were only discovered a decade ago. Formed by mineral deposits accumulated over time, the stripes that give the mountain its name were only revealed when the glacier on top melted—a natural phenomenon rumored to be a result of global warming.

Sitting in Cuzco the night before our hike, I was very anxious. The internet had put me in a nervous mood, reading story after story of near-death experiences, people passing out on the hike from altitude sickness and various reasons why you shouldn’t hike Rainbow Mountain. Besides, we just hiked the Inca Trail to Machu Picchu—wasn’t that enough hiking for one week?

After a restless few hours of sleep, a driver picked us up at 3 am in Cuzco and my boyfriend and I prepared ourselves for a curvy, nausea-inducing ride up the mountain. While chatting with the other passengers in the van, I discovered that most people loved the challenge of trying to compete this ultra-challenging hike on foot, but I had other plans. My Rainbow Mountain travel hack was to hire a horse.

For the equivalent of CAD$35, a strong-lunged Peruvian local lent me his horse and led me up the mountain as I rode on horseback.

At sea level, this hike would be fairly simple for someone of reasonable fitness ability. However, Rainbow Mountain’s high elevation and unpredictable weather is what makes the experience a demanding and challenging undertaking, even for seasoned hikers. For the equivalent of CAD$35, a strong-lunged Peruvian local lent me his horse and led me up the mountain as I rode on horseback. Upon arrival at Rainbow Mountain basecamp, we were given a four-hour time limit to complete the 10 km round-trip hike. 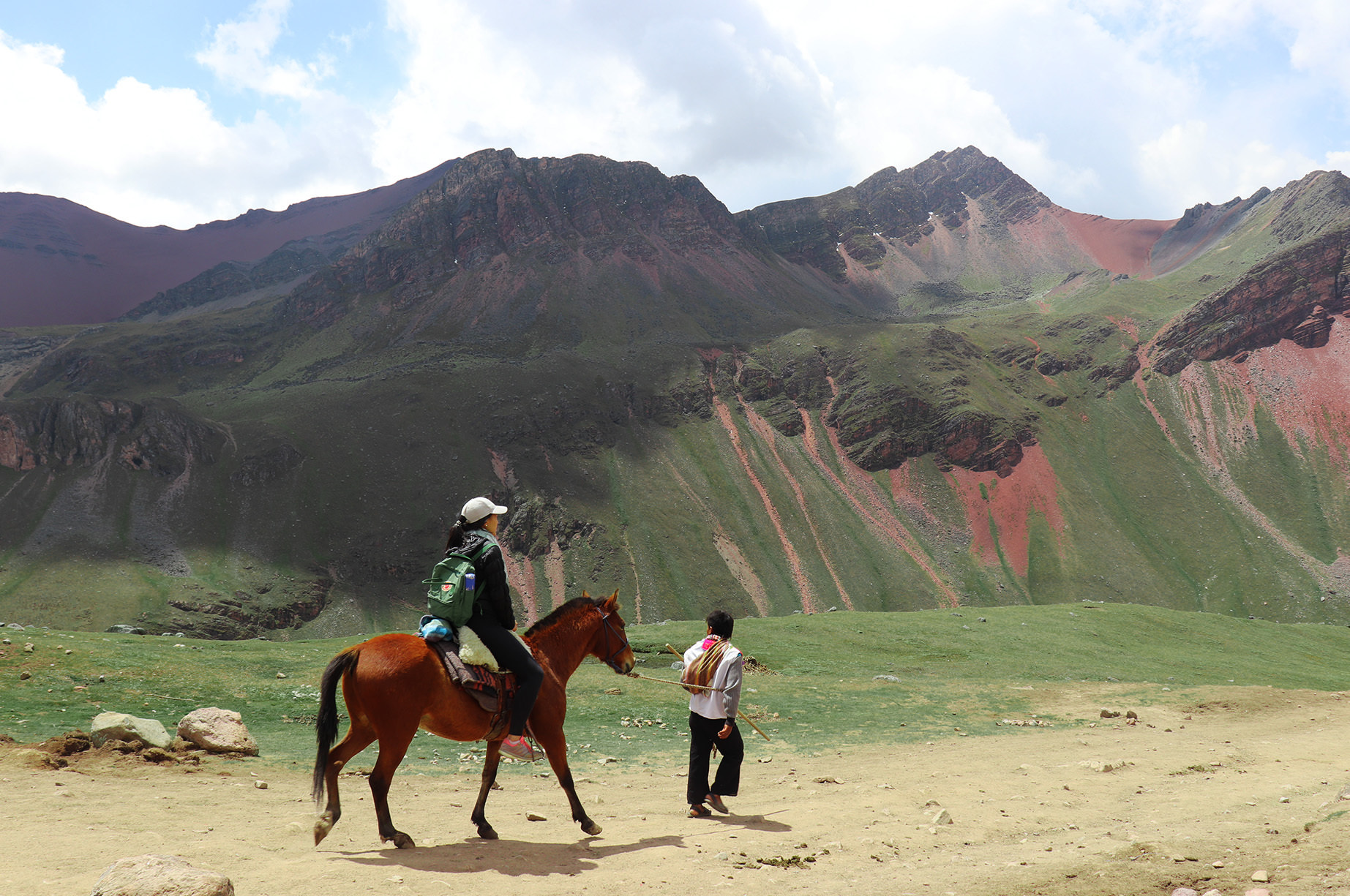 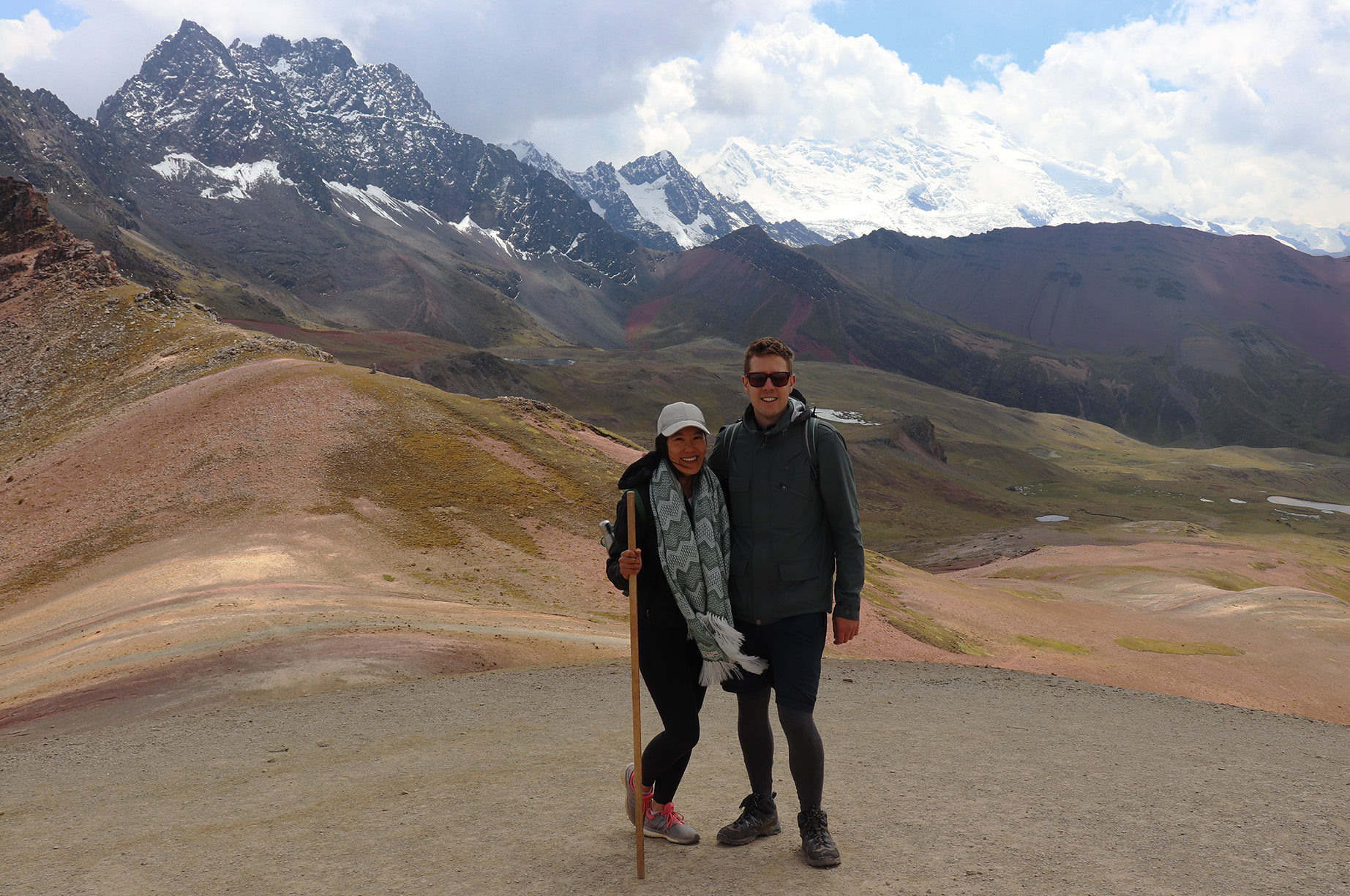 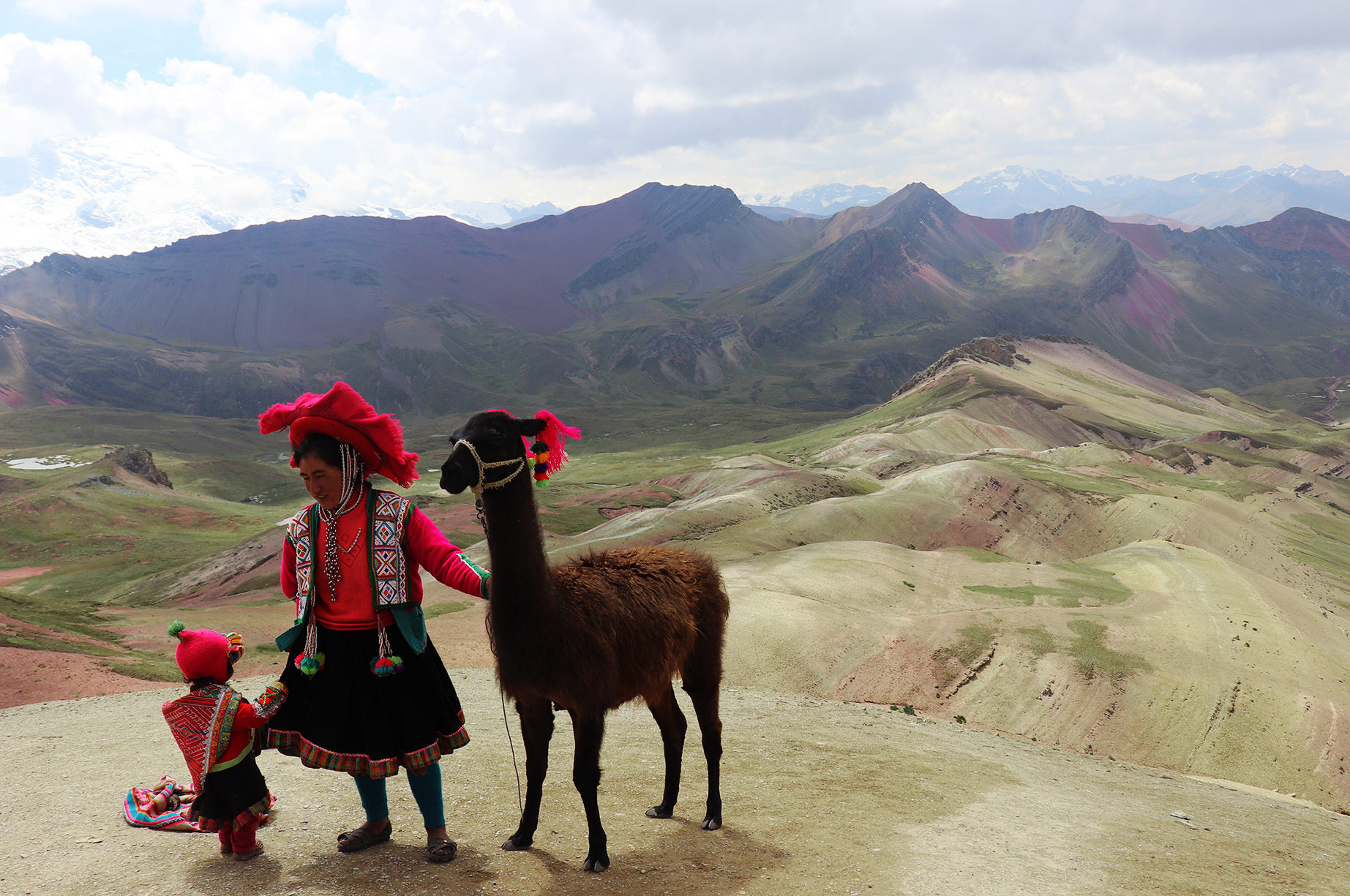 The inside of my nose was cold, my lips were dry and there was a chilling wind that cut through the faux-wool layers I purchased earlier that week from a market in Cuzco. Don't underestimate the importance of packing warm clothes (here's what to bring in your carry-on backpack).

As I climbed, I had a constant, throbbing discomfort behind my ears—one of the symptoms of my body not getting enough oxygen from the thin, high-elevation atmosphere. As advised by every local in Cuzco, we carried a small packet of coca leaves with us to chew on, a natural herb which helps to alleviate the symptoms of altitude sickness. I brewed mine in a tea and brought it in a thermos to keep me warm and hydrated.

The ascent up the mountain was slow—so slow that for the first few kilometers, my boyfriend (on foot) and I (on horseback) were at the same pace. Even though I was riding a horse, I wasn’t completely off the hook. There are certain parts of the trail that weren’t safe to ride, so I would dismount and walk slowly. The final ascent to the peak was the most challenging part of the trail and had to be completed on foot.

From the top, the hikers still making their way up looked like walking zombies with slow, exaggerated motions.

Beating my boyfriend by 15 minutes, I had a moment at the peak all to myself. Well, not exactly because the top was congregated with tourists, locals selling snacks and water and alpaca ladies for photo ops. But if you concentrated only on the scenery, the view truly was breathtaking—and I’m not just saying that because it was starting to get hard to breathe. The landscape was so vast and incredible, the distinct stripes and colours are exactly how you see them in photos; it was a surreal feeling to see something you’ve seen so many times in photos, in real life. From the top, the hikers still making their way up looked like walking zombies with slow, exaggerated motions, stopping after every few steps to catch their breath.

When my boyfriend caught up to me at the peak, we rested and snapped photos for half an hour, admiring the colorful view and the snow-capped mountains in the distance. When we had enough, he walked me back to my horse, and together we began our descent. Needless to say, the hike down from Rainbow Mountain was much easier than the way up.

The sky cracked open and not only did it start raining, but hailing too.

Our day was not over yet, Rainbow Mountain had one surprise left. We were a kilometer from the trailhead when we noted how lucky we were with clear weather on the hike. No sooner had the words left us when suddenly we heard a loud, echoing thunder booming from the sky. The sky cracked open and not only did it start raining, but hailing too. We quickened our pace and made our way back to the safety of our waiting vehicle, as we waited for the rest of the group to return. Rainbow Mountain: you may have left us cold, wet, and breathless—but we conquered your peak.