My first solo trip happened unexpectedly. It wasn’t something I’d planned for months and months, and probably, for me, that was for the best. I was studying in England at the time, and the unfamiliar British semester was lingering into the new year. I had handed in the last of my assessments and I had two weeks in front of me and nothing to do. My friends were all frantically finishing up papers and exams, and I found myself sitting alone in my dorm room, bored and Googling flights. I had never travelled completely by myself before, and I didn’t even stop to consider what it would entail. All I knew was I had a golden opportunity: two weeks of freedom to do what I wanted, with Europe only a hop-over-the-channel away.

In less than 24 hours I had a $30 flight booked to Paris the following day. I stayed up all night packing my suitcase and, with something resembling a plan, I set off. The next two weeks would prove to be some of the most memorable times of my life, filled with new experiences, new people, a sprinkling of mishaps and a rollercoaster ride of every emotion under the sun. So that you might be a little more prepared than I was when you head off on your own, here are ten feelings every traveller should expect to feel on their first solo trip.

This might seem like an obvious one, but there is honestly no feeling that quite compares to the excitement of going somewhere new. You know that feeling when you wake up early and energized to tackle a new day? Imagine that, but every day, with so many new and exciting places waiting for you outside. Boredom? Never heard of her.

Setting off somewhere new all by yourself is pretty nerve-wracking! Solo travel can really be a mixed bag, and I get nervous when customs and expectations are unfamiliar. As well, one of the best things about solo travel is the people you'll meet along the way, but if you’re anything like me you get a little shy and nervous around new people. The thought of making the first move to introduce yourself can be a little daunting! Overcoming my nerves led me to meet a fellow Canadian in Brussels on my first solo trip, and we spent the next day in Bruges exploring together, which turned out to be one of my favourite days from that trip. As the saying goes, feel the fear and do it anyway!

I have stayed in some wonderful hostels, some not-so-wonderful hostels, a nice hotel or two and everything in between. But even in the nicest accommodation, it’s totally normal to miss your routines and the creature comforts you're used to. When I tell you that you will miss your bed, believe it. And of course, when you’re travelling alone, there are moments you might wish you could share with friends or family back home. Remember that this time is for you, and they will all be waiting for you when you get back. When you’re travelling, it's very common to miss the comforts of home, and you will come to appreciate your home all the more for it when you return.

If I had to describe the first feeling I felt when I touched down in Paris on that first solo trip, besides maybe completely exhausted, I can really only describe it as feeling overwhelmed. Standing in a bustling train station on no sleep, being jostled around, hearing different languages coming at you from all directions and oh so many decisions to make, I have to admit I did wish I had planned a little more in advance. But, on the flip side, the beauty of solo travel is that you can go where you want, when you want, without having to cater to the whims of others. Push through feeling overwhelmed, and you will see the opportunity to be overwhelmed by the small beauties, the peculiarities and the sheer magnitude of being in a new place.

It may sound cheesy, but you will encounter some incredible stories along your way. The people I’ve met, the places I’ve seen and the stories I’ve heard have inspired how I approach my life, and I bet it'll be the same for you. I spent one night in my hostel in Paris having a long conversation with a fellow student about their studies in sustainable architecture and the future of city planning, which changed the way I looked at the physical world around me. I’ve been the recipient of acts of kindness that have reminded me to pay it forward. No matter what it inspires—your creativity, your work or just the way you choose to think about your life—solo travel and all that comes with it will force you to think about things in new ways.

On the heels of that inspiration, you might also start to rethink, well, everything you know. Solo travel might raise more questions than it answers for you. Questions you may have been avoiding. I think it's important (as I know it has been important for me) to be jolted out of your comfort zone and try things that shake the way you see the world a little bit. Travelling alone will help you to decide what makes you feel fulfilled, and you might feel a small revolution start to rise up inside (not to sound dramatic, or anything).

7. That feeling of awe about the bigness and smallness of the world that we just don’t have a word for in English

When I travel I like to look out for small, everyday moments going on around me. After all, everywhere is home to someone. Looking down and seeing a window into a culinary school, looking up and seeing a group of friends having a holiday party, seeing families enjoying time at the park, seeing someone with a backpack from Winnipeg, finding someone from the same small suburb as you in a completely different part of the world. The world is small and full of wonderfully familiar moments. But then, unexpectedly, it will hit you how vast and varied the world can be. When you’re standing at the base of Notre Dame Cathedral or the Eiffel Tower, visiting museums with artifacts that you’ve only seen on Instagram or on a post card or standing in front of a painting that has been around 10 times as many years as you have, the world will feel bigger than ever. 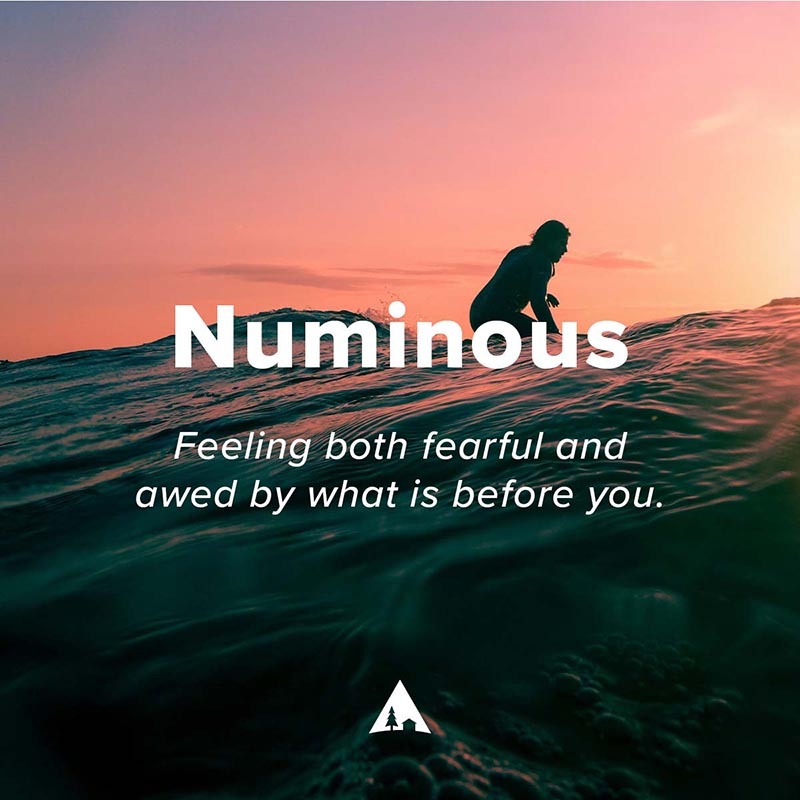 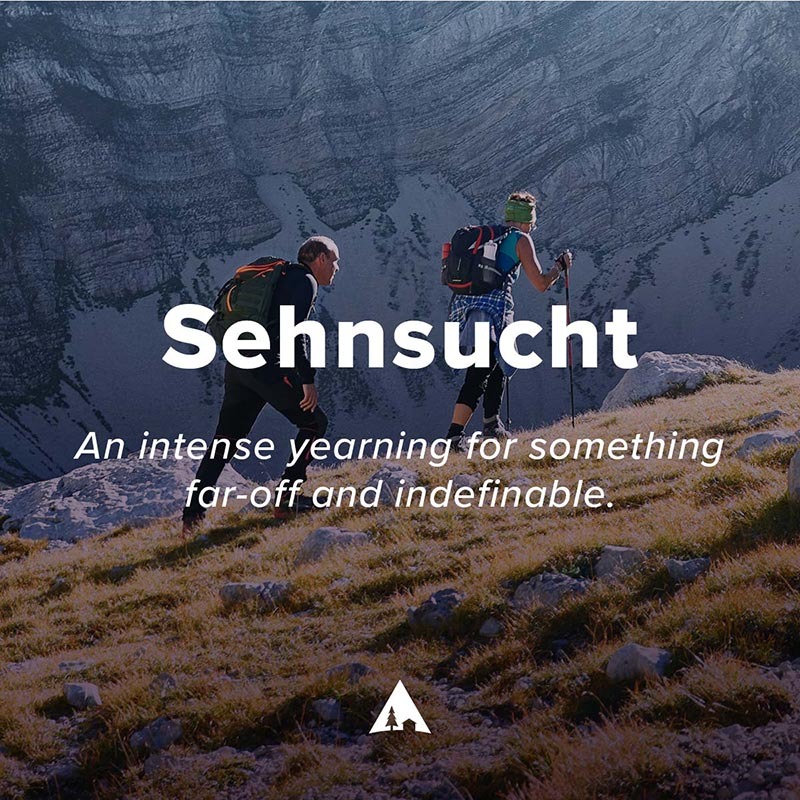 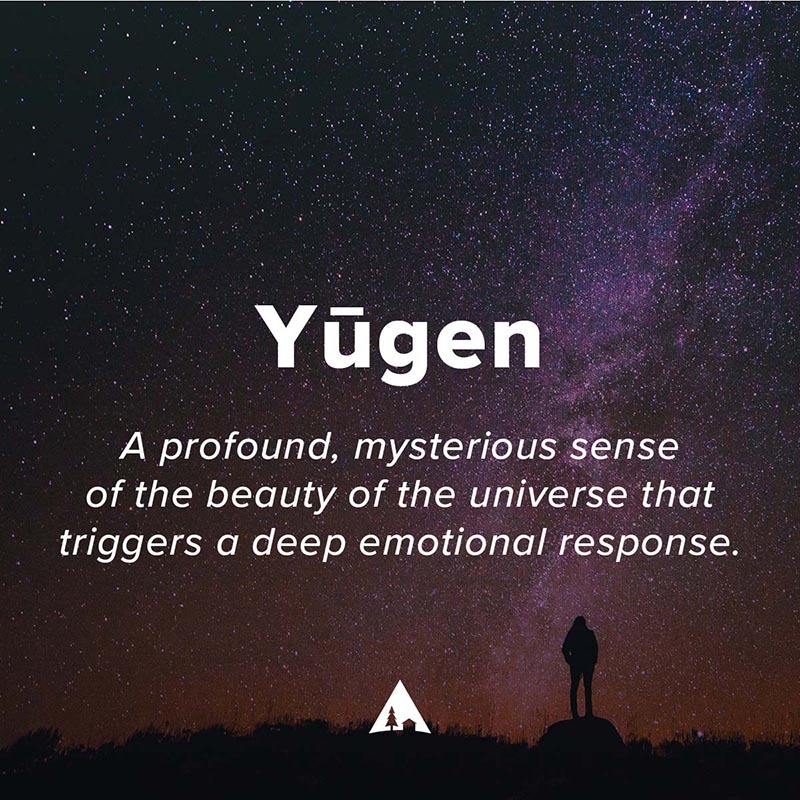 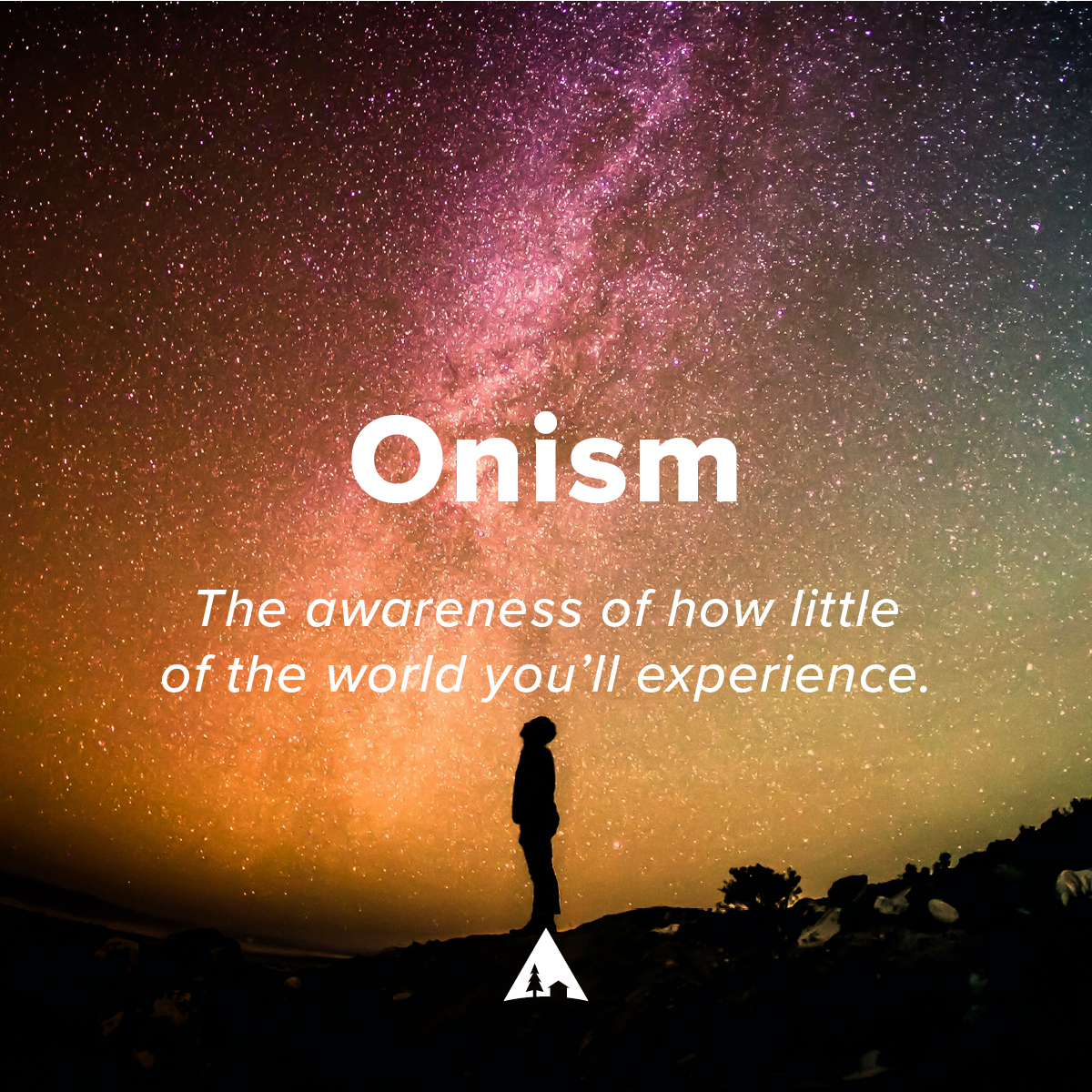 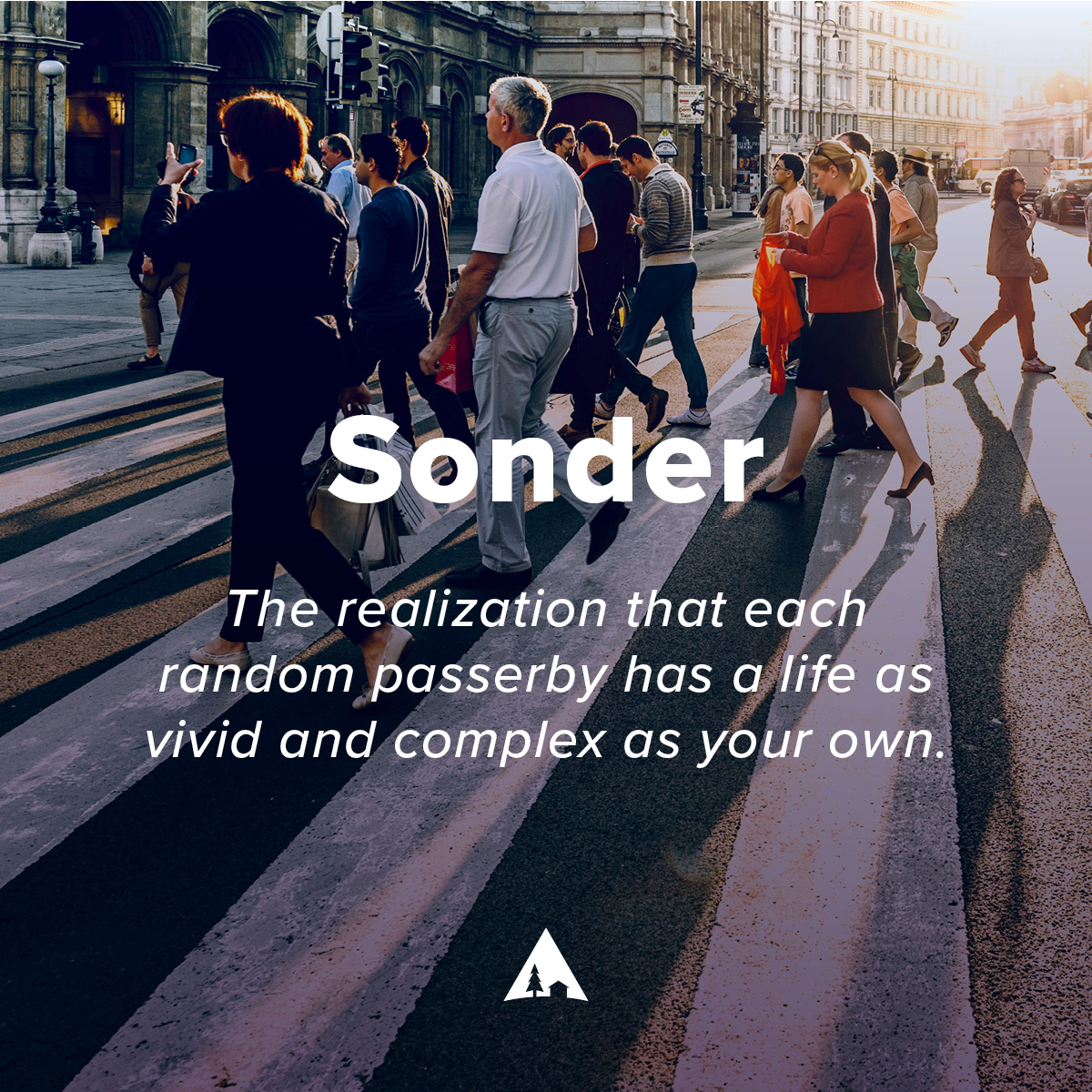 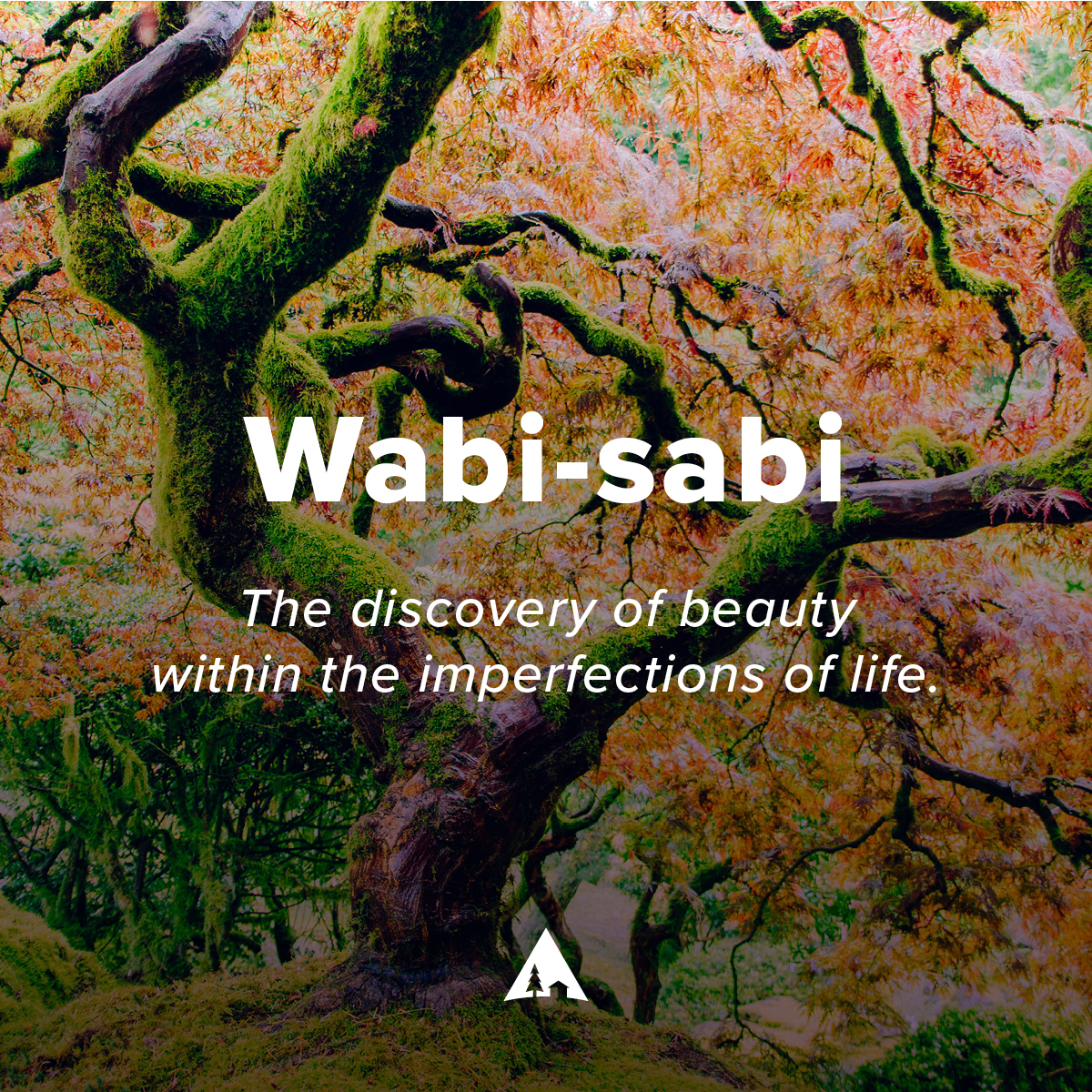 Feeling like you are responsible for your wants and needs and only your wants and needs is very empowering. You can figure out who you are and what it is you want day by day. Especially as a woman travelling alone, when the world can seem a little daunting, it is really empowering when you can step back and take a moment to realize that no one has gotten you through but yourself.

You will get physically lost. This is almost an inevitability. I pride myself on my sense of direction and even still, I have taken many a wrong turn, gotten on the wrong train or found myself wandering without a map. On that first solo trip, I was trying, with very little success, to make it from Brussels to Amsterdam for the second half of my trip. Apart from getting on the metro the wrong way and taking a couple of wrong turns trying to find my hostel in Brussels, I had up until that point been pretty successful in making it where I wanted to be. Of course, when you least expect it, that’s when things go awry. I still don’t know if it was the wrong train, or if something happened, but soon we were all being rerouted off what I thought was the direct train from Brussels to Amsterdam. Suddenly, I didn’t even know what country I was in, or what direction the train was going. As with anything, though, it is what you make of it. I found a fellow solo traveller from Australia and together we tackled the journey through rural Belgium onto two buses, three trains and a tram to finally part ways at Amsterdam Central Station after many extra unexpected hours. You will find your way eventually, but sometimes it is just as fun to enjoy being lost, at least for a little while.

There is a moment I will always remember from my first solo trip. I stood at the top of the steps of the Sacré Coeur in Paris looking out across the city and, all of a sudden, it started to snow. The dreary, wet grey of January in the city suddenly felt magical, looking at it all from above as the snow settled. Through many more solo trips since, I have found moments like this, moments where I feel on top of the world, all alone in it, and more alive than I’ve ever felt.