History of the Jail

From the Carleton County Goal to the HI Ottawa Jail Hostel

Ottawa's first gaol opened in 1842 in the basement of the city's new courthouse, on land donated by the prominent Ottawan Nicholas Sparks. The subject of constant criticism, it was replaced within 20 years by a new stand-alone gaol built next door. ''The contrast between this spacious, airy building, and the wretched and poisonous basement now used as a gaol, is sufficiently striking. The two buildings may be taken as not inappropriate types of the old prison system heretofore pursued in Canada, and the new prison system.''

The new Carleton County Gaol opened in 1862, and was designed by architect H.H.Horsey on the principles of 19th century prison reform.  A new emphasis was placed on the reformation of prisoners, and the safe housing of the accused.  This was chiefly accomplished through the classification and separation of inmates - keeping those who might have a corrupting influence on others separate from each other by physically placing them in different areas of the gaol.  For example, men and women, the convicted and the accused, as well as the young and the old were all ideally kept apart.

Underlying these new ideas, however, was the continuing role of the prison to punish criminals and to deter those inclined to crime.  The gaol's execution of this dual role was quite obvious in the former function - the actual confinement of criminals.  The role it played in deterring crime, however, was much less obvious, and is reflected in the building's architecture. 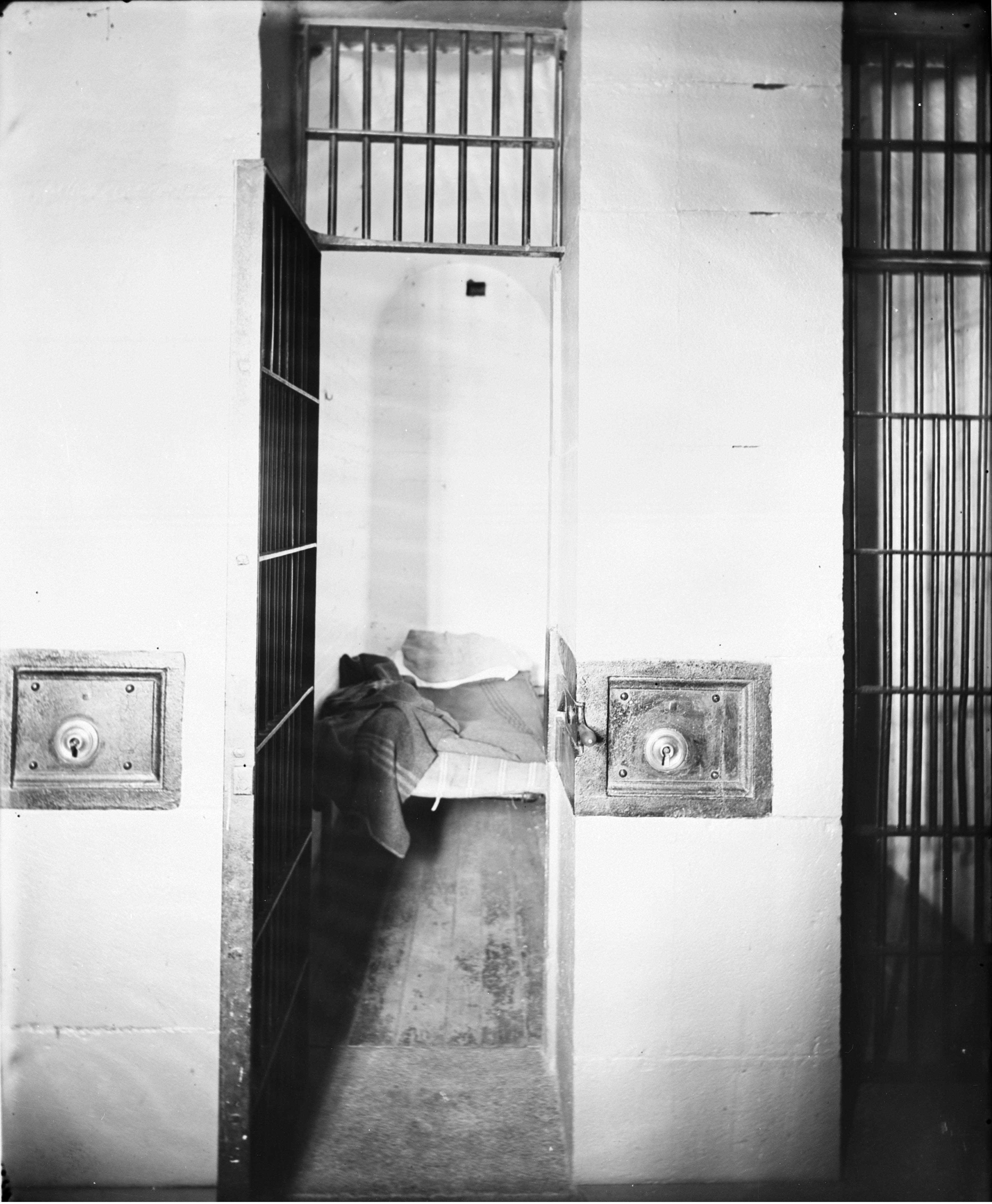 The Carleton County Gaol was built to be imposing, massive, and impressive. Its simple, and symmetrical Georgian style, combined with very minimal detailing accenting the building's solidity, and placed it on a level with the courthouse - each representing an equally important component of the law.  Beyond the buildings daunting presence, however, its permanent gallows remained a constant, and very grim, reminder to the would-be criminal of the possible outcome of a life of vice.

The increase in prisoners sent to gaol after the new building's construction appears to confirm the role it played in deterring crime: according to the 1863 annual report of the Board of Inspectors of Asylums, Prisons, &c. ''...the total number of prisoners last year in the new gaol was 232, as against 416 in the year 1861 in the old gaol.''  The report goes on to say that ''...at Ottawa, as elsewhere...the prisoners all objected to the new gaols; they liked the old gaols much better!''

Notwithstanding the Carleton County Gaol being declared the ''model gaol'' of its time, it is quite possible the prisoners' dislike of it had more to do with the facility's awful conditions, than its imposing and fearful structure.  The gaol had very little success classifying it's prisoners and made few attempts at rehabilitation.  There was very little for prisoners to do - if one was lucky the might chop wood or clear snow - otherwise they spent their time in the corridors of the gaol waiting for the night to come, so they could wait in their cells for the next day.  The cells themselves were small, uncomfortable, and unsanitary, with no heating, lighting, ventilation, or toilets.

These appalling and inhumane conditions persisted throughout the gaol's history and use.  It was finally closed in 1972, and its occupants transferred to the new Ottawa-Carleton Regional Detention Centre in Blackburn Hamlet.  Notwithstanding its being considered unsuitable for prisoners, the gaol topped a list of potential sites for a new year-round hostel in Ottawa.  It was believed that with some imagination and renovation, it could be turned into a friendly and welcoming hostel, and alas, what it has become today!

From a Jail to a Hostel

Initially, the Canadian Youth Hostel Association proposal to use the gaol was only for two cellblock floors and a portion of the governor's mansion.  The remaining space was to be rented out by other tenants who would help share the cost of bringing the old building up to modern health and safety codes.  Lack of funds, however, resulted in the other tenants pulling out of the renovation scheme, and leaving it to the hostel to renovate the whole thing on its own.

Using money received from grants and fundraising, as well as donated materials, goods, and labour, the focus was to bring the building up to code, to provide essential services to its guests, and to brighten the place up with a fresh coat of colourful paint.  The transformation of the building from cold and dreary gaol to bright and welcoming hostel had begun, and was only completed hours before the hostel's official opening.

The hostel opened to travellers August 2, 1973 - marked by a visit from Prince Philip, the Duke of Edinburgh.  Hostellers slept dormitory-style in the prison block corridors, with the narrow cell used to store their personal belongings.  The cost for a bed for members was $2 for the first night, and $1 each additional night.

By the time the cost of a bed rose to $3.75 a night, a new renovations initiative and fundraising campaign had begun.  It was 1981, and with a sizable Wintario grant in hand, the Nicholas Street Jail Hostel sought to raise $110,000 to put towards preserving and upgrading the now designated heritage building.  Besides improvements to heating, lighting, ventilation and plumbing, the hostel intended to make use of the cells by joining several of them together to create semi-private accommodations for its guests, and to increase its total bed count.

To promote the hostel's fundraising campaign, renowned Canadian author and journalist Pierre Berton toured the jail referring to is as a ''living history lesson.'' He claimed: ''Heritage buildings are really the only way we have today to see and feel the past.''

An Ongoing Source of Pride and...Obstacles

The use of the old Carleton County Gaol as the Nicholas Street Jail Hostel (now the HI Ottawa Jail Hostel) has, and continues to be a source of pride and of obstacles!  In its continuing efforts to improve the services and experiences it offers its guests - from renovations, upgrades, tours, re-enactments, and events - the hostel must continually take into account the impact upon the building, as it is a historical artefact (albeit a very large one!).  Operating a hostel in a heritage building poses a series of unique challenges to not only respect and preserve its historic character, but also to maintain its relevance to today's traveller. 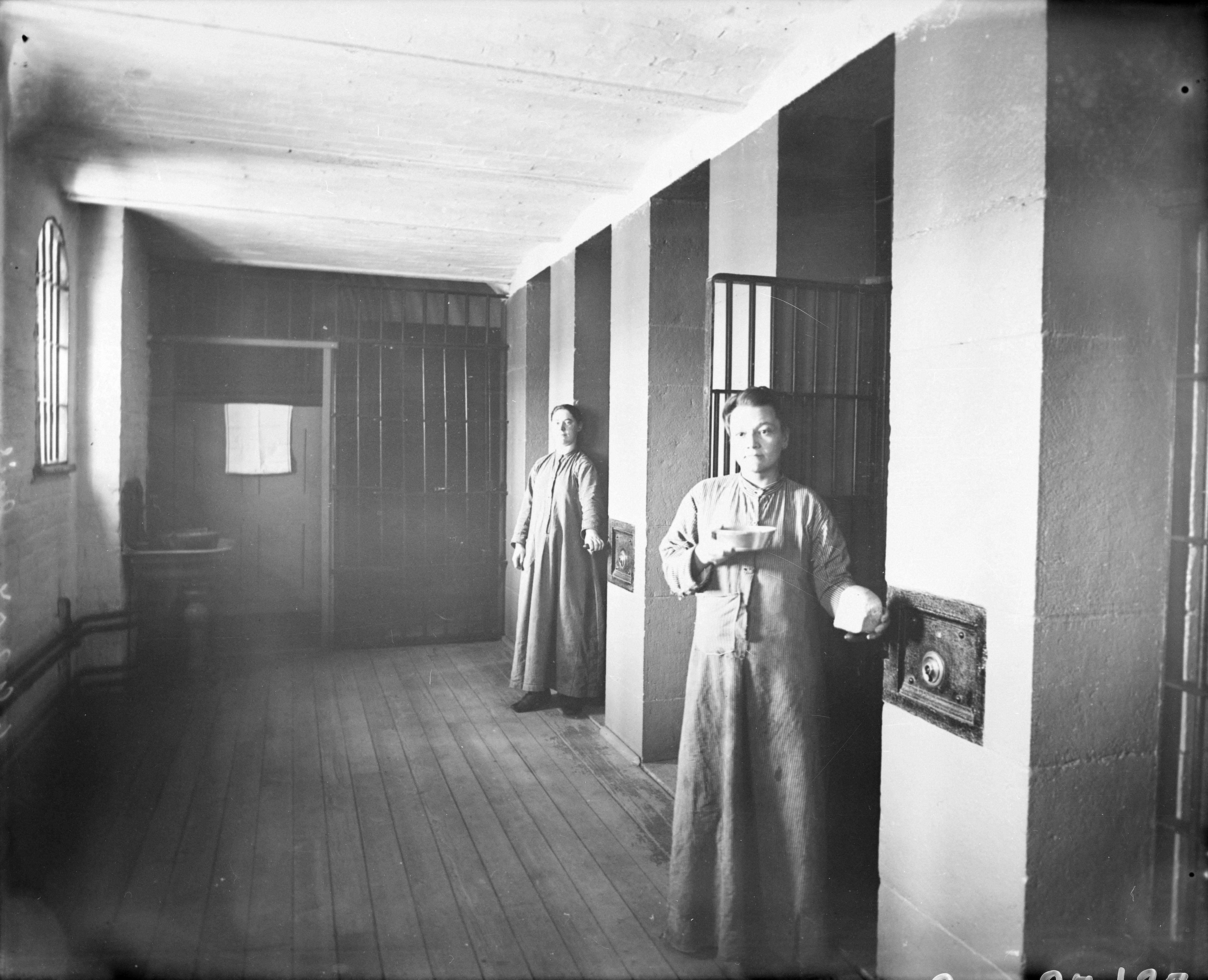